Intrigue and Death in Fiji : review by Juliet Wilson 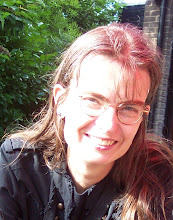 At the opening of The Shoeshine Killer, Detective Sergeant Louisa Townsend (who we first met in Food of Ghosts which I reviewed here) arrives in Fiji to attend a conference on money laundering, just as a military coup is announced.

The coup means that Louisa can’t stay in the conference hotel so she ends up staying in a small bed and breakfast, where she quickly makes friends with the owner. Unfortunately the owner is soon killed and rather than being a conference attendee, Louisa finds herself faced with a murder to investigate, if only the local police would let her help them, or perhaps they think she’s a suspect?

Meanwhile what about the shoeshine boys, who live all together in a communal house and are overseen by a domineering boss. What is their connection with the bed and breakfast owner? Do they know anything about the murder?

Louisa is a very well-drawn, realistic character, grumpy, impulsive and obsessively clean. She’s not entirely likeable but the reader can’t help but be on her side, as she’s so very human in all her failings and we very much feel for her as she struggles against her difficulties. It must take a lot of determination to face eating from a communal pot let along coming across a murder scene when you’re obsessive about cleanliness and tidiness.

Throw in a corrupt church minister and local opposition to plans to build a gay holiday resort and there’s a lot to keep the reader’s attention in this story.

One Response to Intrigue and Death in Fiji : review by Juliet Wilson