I couldn’t put The Blue Suitcase down …

This is what I had planned for today: visit my daughter and granddaughter, decide on the paint for the downstairs cloakroom, sort out the mountain of paperwork that needs filing, do the weekly shop, babyproof the house before the youngest two grandchildren descend on us at the weekend and of course…write a story!
BUT… that was before I started reading The Blue Suitcase by Marianne Wheelaghan. 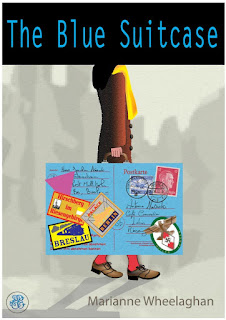 If I’m honest, I decided to read it because Marianne ran the excellent writing classes.co.uk which inspired me to start writing for magazines and because she has been very encouraging to me on her blog but the story is so readable that I haven’t been able to put it down…hence my lack of productivity today!

The story is set in Germany and follows the life of Antonia, through her diary, from the age of twelve into young adulthood. The story begins in 1932 when political unrest has yet to begin its inevitable march towards war and the young Antonia is interested in the political upheaval, only in so much as it is dividing her family and spoiling her birthday.

As the story, and the war, progresses we come to see how ordinary German citizens and Antonia herself, move from being supporters to becoming victims of Hitler’s reign.

Harrowing at times, Antonia’s often pragmatic diary entries make you want to carry on reading to the end to establish the fate of the young woman and her family.

Marianne’s second book Food of Ghosts, a crime novel with an exotic twist, will be out in November so I had better expect a few less stories to be written next month! 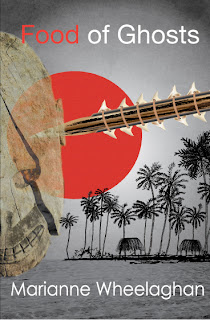 I shall review Marianne’s new book in a later post.