The Edinburgh Evening News: Discovering My Mum’s Past Inspired My Book 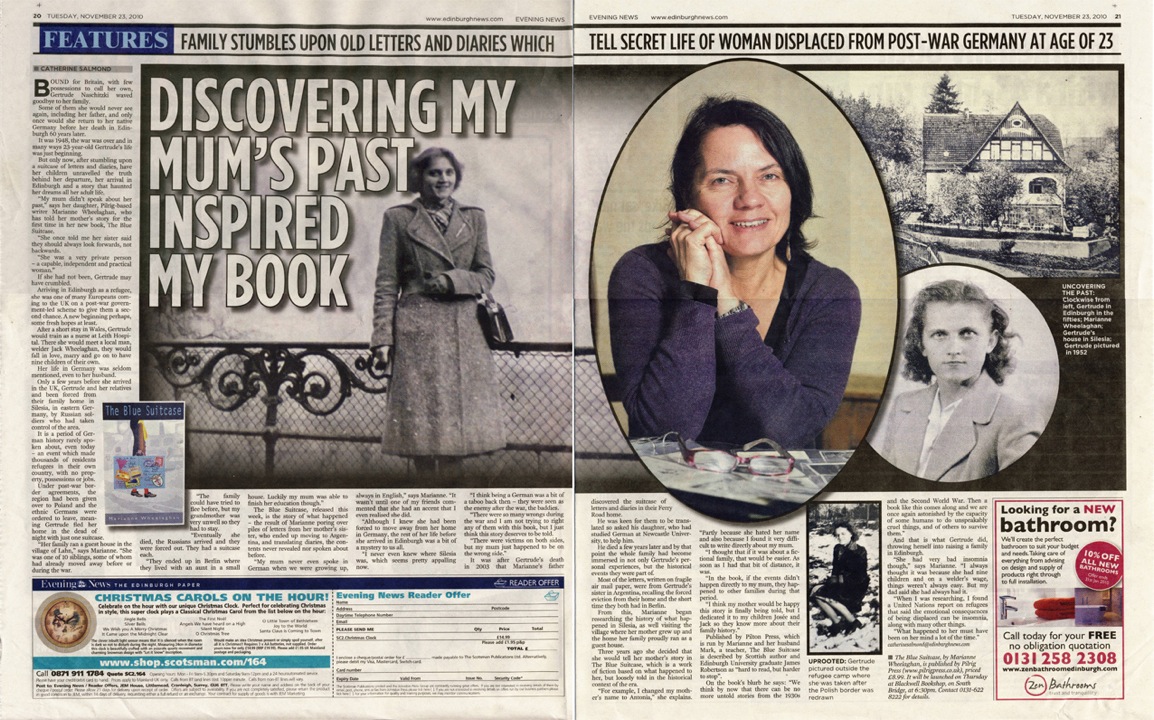 Discovering my mum’s past inspired my book

• The Blue Suitcase, by Marianne Wheelaghan, is published by Pilrig Press (www.pilrigpress.co.uk), priced £8.99. It will be launched on Thursday at Blackwell Bookshop, on South Bridge, at 6:30pm. Contact 0131-622 8222 for details.