Dangerous daggers at the new National Museum of Scotland! 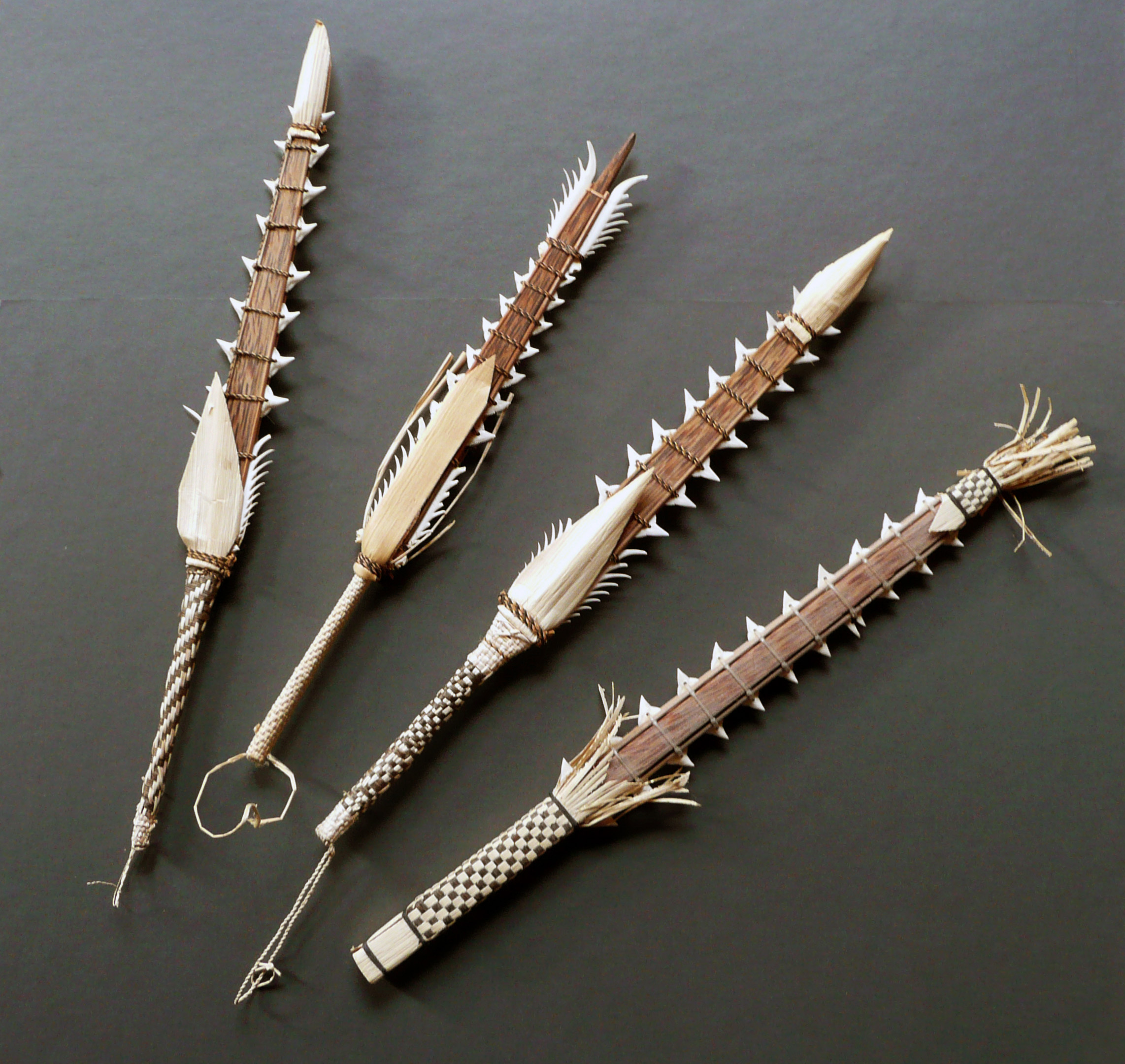 I  was visiting the new National Museum of Scotland the other day, it was my first

visit since it’s been renovated. The changes are wonderful, it was always a great place to explore but now it’s even better: it’s full of light, fantastic exhibits and very inviting, and free (not to mention the fantastic scones in the cafés).

As I was browsing I came across a display unit with a Gilbertese ceremonial dagger in it, similar to the ones in the pic above. The daggers are from the Republic of Kiribati, a Pacific Island country which is about as far away as you can get from Scotland before coming back again.  I lived on Tarawa, the capital of the Republic of Kiribati, for five years. The daggers are made from shark’s teeth and may look a little innocuous but they are deadly: shark’s teeth are sharper than the sharpest razors – even the slightest touch by the teeth can shred the toughest skin, and in the tropics, if not treated, the surface wounds can quickly become infected and the victim can die. If you are unlucky enough to be actually stabbed with one, and survive, there is little chance of withdrawing the dagger without the serrated teeth ripping your insides out. Death is inevitable, hence why a Gilbertese ceremonial dagger is the murder weapon in my debut crime novel which is due out next year (and set on Tarawa).

I have to quickly say, I didn’t witness any

murders on Tarawa but it is a wonderfully exotic place to set a novel, full of contrasts and like the ceremonial dagger, it has a deadly edge to it.

This entry was posted in For everyone and tagged ceremonial daggers, exotic countries, Murder, Pacific Islands, Republic of Kiribati, shark teeth daggers, Tarawa, The new National Museum of Scotland. Bookmark the permalink.

3 Responses to Dangerous daggers at the new National Museum of Scotland!