MAKING A DIFFERENCE THROUGH LITERATURE: UNIVERSITY OF EDINBURGH 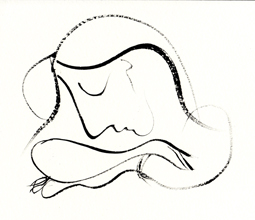 As part of the Scottish Mental Health Arts and Film Festival, Edinburgh University are hosting this very exciting  one-day event, which features readings by German, Swiss, Scottish and Irish writers on the topics of dreams, sleep, memory, coma and insomnia. The event explores from literary, filmic, clinical, experiential and academic perspectives how the relationships between mental health, memory, dreams and sleep have been reflected in writing and culture. This event features one film screening, several readings, Q & A sessions, debate and discussion.

Screening of Scottish filmmaker Dr Amy Hardie’s film, The Edge of Dreaming (2010), which explores predictive dreams of her own death and has won critical acclaim at 20 international film festivals.

Dr Amy Hardie is a filmmaker and Head of Research at the Scottish Documentary Institute, Edinburgh College of Art, University of Edinburgh.

Discussion of Sigmund Freud’s Interpretation of Dreams, focussing on his distinction between dreams and nightmares, followed by general Q & A session.

Dr Mary Cosgrove is Lecturer in German at the University of Edinburgh. Her research interests include memory theory and debates as well as representations of mental health in literature and culture.

Professor Anne Fuchs is Chair of German at the University of St Andrews and an internationally recognised expert on memory theory and debates.

Dr Rhiannon Pugh is Psychiatrist in Psychotherapy and a Psychoanalytic Psychotherapist. She works in the Psychotherapy department at the Royal Edinburgh Hospital and has an interest in training and education.

Irish writer Deirdre Gleeson reads one of her short stories which combines the narrative style of the dream and traditional Irish folklore structures to drive home truths about death in the modern world. Followed by general Q & A session.

Deirdre Gleeson, a native of Tipperary, Ireland, has participated in several different writing schools in the USA and Ireland. Her first short story was published in a collection of new Irish literary writing “Let’s be Alone Together” (2009) alongside Booker Prize nominee William Wall and major contemporary German writer, Ingo Schulze. A second story was published by the Stinging Fly journal in Summer 2011. She is currently working on a first collection of short stories.

Dr Stephen Potts FRCPsych is Consultant Psychiatrist and Clinical Lead in the Department of Psychological Medicine, Royal Infirmary of Edinburgh. He has a particular affiliation to A&E and its associated self-harm service, and to the transplant unit. He is also the author of seven books, a radio drama broadcast and has produced a feature film.

This session features leading German contemporary writer Angelika Overath and the scholar Manfred Koch. They read excerpts by such literary greats as Kafka, Borges and Fitzgerald, all of whom feature in their literary anthology
on insomnia, Sleepless: The Book of Bright Nights. A Literary Nocturnal for Sleep-seekers and the Wakeful (2002). The readings are in both German and English, followed by general Q & A session.

Angelika Overath is a reporter, critic, essayist, and is also the author of two novels: Nahe Tage (Near Days, 2005) and Flughafenfische (Airport Fish, 2009), which won her a nomination for the Swiss Book Prize. Most recently she has published Alle Farben des Schnees. Senter Tagebuch (All Colours of the Snow: Sent Diary). Manfred Koch is a German Studies scholar who has edited literary anthologies with his wife, Angelika Overath: Schlimme Ehen. Ein Hochzeitsbuch (Bad Marriages. A Book of Weddings); Schlaflos. Das Buch der hellen Nächte (Sleepless. The Book of Bright Nights), and most recently Hunde mitzubringen ist erlaubt. Ein literarischer Salon (Dogs are permitted. A Literary Salon). Other recent publications include Brot und Spiele. Zur Religion des Sports (Bread and Games: On the Religion of Sport, 2010) and Faulheit (Laziness, 2011).

Leading contemporary German writer Kathrin Schmidt reads from her prize-winning novel Du stirbst nicht (You are not going to die, 2009 – winner of the German Book Prize). This is the literary account of waking up in a physically altered form from post-stroke coma and reflects on memory problems, the altered body, rehabilitation and language re-acquisition. The readings will be in both German and English. Followed by general Q & A session.

The final session features the Scottish writer Marianne Wheelaghan (Edinburgh) and focuses on the topic of memory. Wheelaghan’s recent book The Blue Suitcase (2010) is compiled of the letters and diaries she found in an old blue suitcase after her mother died. Unbeknownst to Wheelaghan, her mother was an ethnic German expellee who was driven out of her hometown of Breslau in Silesia at the end of the Second World War. Followed by general Q & A session.

Marianne Wheelaghan was seventeen when she left her hometown of Edinburgh to travel. A few years ago she received her Masters degree in Creative Writing from Lancaster University. Since then, she has developed the very successful online creative writing school (writingclasses.co.uk) and written her debut novel, The Blue Suitcase. The Blue Suitcase was inspired by her late mother’s life.