I’m delighted to interview Catherine Gault. Catherine is a new crime writer living in Edinburgh. She  grew up by the river Clyde and moved here in the 70’s. She says she only feels at home if there’s a river in view with a few hills in the distance, so Edinburgh was a perfect fit. 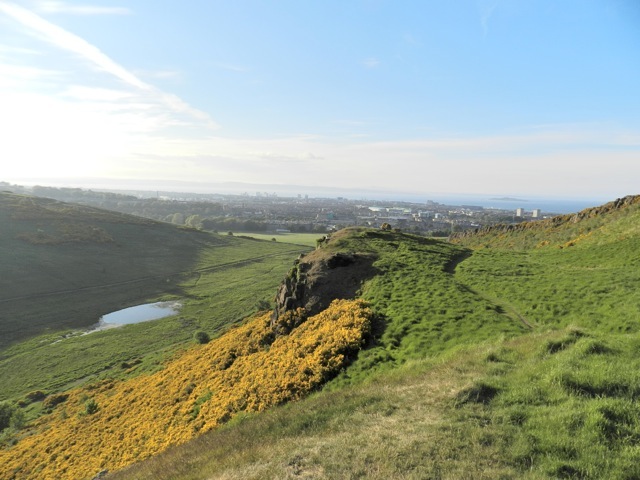 Cartherine’s debut novel, Bones and Whispers, is a gripping read and introduces feisty sleuth, Kate McKinnery. I loved it, which is why I invited Catherine to be interviewed on my blog. So, if you’re sitting comfortably, I’ll begin … 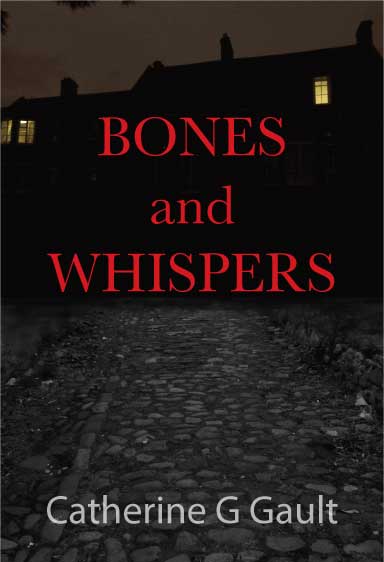 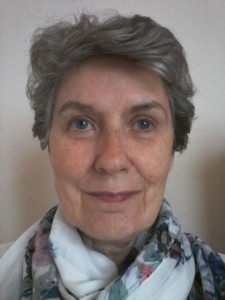 Your debut novel Bones and Whispers is a gripping read. Can you briefly tell us what it’s about?

Well, it’s a crime novel so there’s a murder, quite a few in fact but it’s also about secrets and their impact. The protagonist, Kate, is a social worker in child protection who’s struggling to come to terms with a secret she’s recently uncovered about her own life. The murders occur in a sheltered housing complex that Kate has persuaded her Auntie Jean, with whom she has a strained relationship, to move into. When the police don’t seem to be getting very far Kate starts her own investigation which doesn’t please the police officers involved especially the one Kate has recently had an affair with. These two story threads interweave throughout the novel.

Why did you set Bones and Whispers in Edinburgh?

I love Edinburgh but it does lend itself to crime fiction. It really is a Jekyll and Hide city and wonderful in terms of getting a sense of place. I do think it has its own personality.

I’ve always written, always carried stories about in my head though never attempted a to write a novel. By the time I did decide to write a novel it was a crime novel I wanted to write.

Why a crime novel?

I read a lot of crime novels so felt comfortable with the structure and I felt it provided a focus for the story, a guide almost that sort of led me through the novel. I added to that by setting the novel over 10 consecutive days and having the murders occur in a somewhat enclosed setting, the idea being that it provided a framework which I thought might be helpful given it was my first novel.

How do you write ie: do you seek solitude or crowded places? Do have a favourite place and/or set time of day to work, or do you write more irregularly, in fits and starts?

A bit of mix and match. Bones and Whispers was written in a variety of places. I wrote a lot in cafes, I never leave home without a notebook of some description and, latterly, a camera for ‘location shoots’ but would incorporate what I’d written into the novel at home at my kitchen table. Time-wise, I work best in the mornings, with coffee and sometimes chocolate. Evenings are good for editing though I’m useless in the afternoons, don’t know why. I don’t have a regular routine in the sense of numbers of words per day partly because I don’t write in a linear fashion. I tend to write in sections or even scenes. For example the murders in Bones and Whispers were written separately from Kate’s backstory then fitted together, a bit like a jigsaw puzzle.

What about the act of writing itself? Do you ever enjoy writing?

I enjoy it when it’s flowing, when I’m smack in the middle of a scene and it’s really coming alive. I’m fascinated by the way a character or an aspect of the story develops in the writing in a way I’d not planned. However, I also find it very frustrating. I write in my head a lot, wherever I am, and make notes in the ubiquitous notebook but somehow when I come to translate it onto my laptop it doesn’t came out the way I’d envisaged. Something gets in the way between brain and fingertips. I’d love to find a way to stream what’s in my head straight to my laptop. A set of electrodes maybe with a wee USB plug on the end.

Which, if any, crime writers have influenced the way you write?

I’m not sure I would say any have influenced the way I write. It took me a while and writing a lot of rubbish to find my own style. I’m not keen on lots of narrative viewpoints and detailed backstory, and tend to keep a tight rein on authorial comment. I’d say Ian Rankin is particularly good at that and, of course, the sense of place. But it’s difficult to judge whether there’s an influence or simply that his style appeals to me because mine has some similarities.

I couldn’t settle on one. As I’ve said, I admire and enjoy Ian Rankin’s Rebus novels. I also like Sara Paretsky’s V.I. Warshawski novels for the strong female protagonist and the social commentary especially the focus on white-collar crime. Louise Welsh for always doing something different and having interesting settings like the antiques business or the world of magicians.

I couldn’t point to one novel though favourites would come from contemporary rather than classic crime.

What are you working on now?

A follow-up to Bones and Whispers. I keep being asked what happens to Kate, what she decides about her job, family, her love life. I’m quite interested myself to find out what she’ll do. So I’m working on that. The crime element involves a potential sex-trafficking ring operating in Edinburgh which Kate takes a personal interest in. But I have to say that I do find that writing a second novel is harder than writing the first.

If Bones and Whispers were to be made into a film, who would you cast as Kate, and who as Aunty Jean?

I’ve actually had some suggestions from readers but my own ideas would be Carey Mulligan for Kate though I don’t know if she could do a Scottish accent. I think Maggie Smith would be good as Jean.

Thank you for answering my questions, Catherine.  I wish you every success with Bones and Whisper and look forward to the follow-up, Kate McKinnery is an engaging, feisty fictional sleuth and a refreshing addition to the criem genre!

PS:  You can buy Bones and Whispers at all good book stores, if they don’t have it in stock, ask them to order it. It is also available on Amazon and at the moment the e-book is only an incredible £1.99! 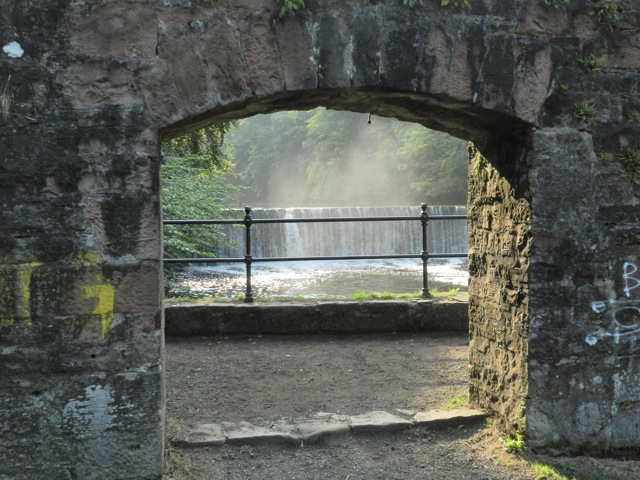 This entry was posted in For readers and tagged Bones and Whispers, Catherine Gault, crime, edinburgh, Kate McKinnery. Bookmark the permalink.