The Frankfurt Book Fair at a glance! 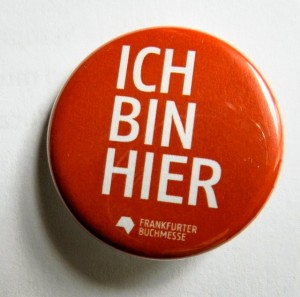 The Frankfurt Book Fair is the biggest annual book fair in the world. It took place last week and I was there, tagging along with publisher Pilrig Press, who had a spot on the wonderful Publishing Scotland stand.  What was the fair like? Well, here are the three main things I discovered:

1) The fair area is so big it has own train and tube station and a stream of  shuttle buses to ferry everyone back and forth between the different halls. There were about ten halls/exhibition areas in use for the Book Fair, some seemed the size of a small football stadium, and all were  full of people dealing in the creation and selling and buying of books.

2) The first three days were for trade only ie: publishers, booksellers, agents, printers and anyone and everyone involved in the trading of books – but not writers! Many of the publishers doing business had their own stand, or shared a stand. For most publishers, doing business means finding other publishers who want buying the foreign rights to your books. There was a feeling of concentrated effort and calm excitement and. (I’m delighted to say there was interest from Italian, German and French publishers in books by Pilrig Press!)

On these first three days, at around 5.30pm, most “official” work stopped and the different stands/publishers held “welcome” events. Suffice to say much alcohol was consumed and nibbles nibbled and the Irish certainly know how to throw a party!

3) The last two days of the fair were for the public. Compared to the first three days, these days were bedlam. Books, which were not allowed to be sold before (the Frankfurt Fair rules!) could now be sold. To avoid the cost of shipping the books home, most stand holders sold their display books off at a discounted prices. This created a frenzied buying and a last day of the sales atmosphere – I saw one boy walk away with a cardboard cut out of a life sized superman under his arm. The last day was even crazier as heaps of young  Germans arrived at the fair dressed up as their the favourite Anime character.

Overall, I loved it. Probably because I wasn’t there to work, just to look. And although I didn’t see everything, I certainly saw a lot. Let me tell you, the book is not dead. Far from it.  If I was to sum up the atmosphere of the fair in one sentence, I’d say it was like Disneyland but without the rides – and an awful lot of  books 🙂 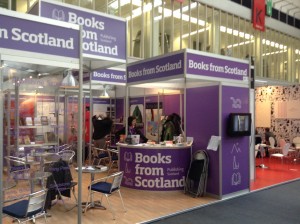 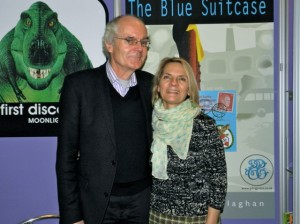 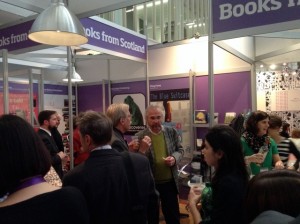 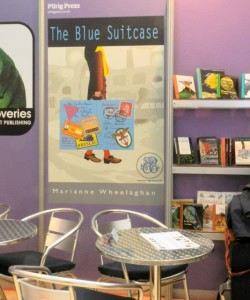 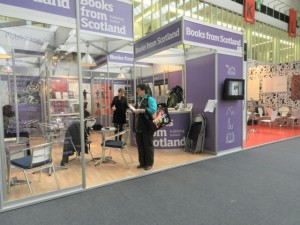 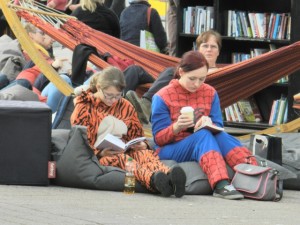 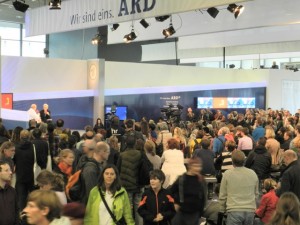 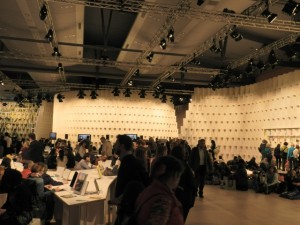 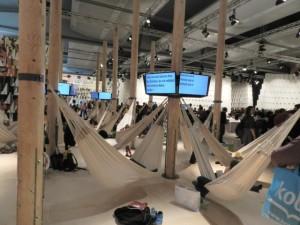 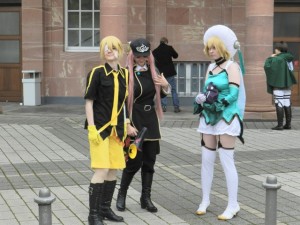 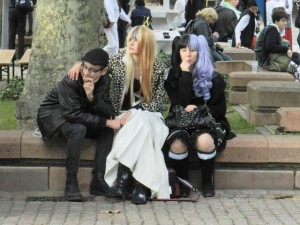 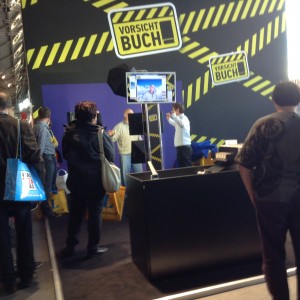 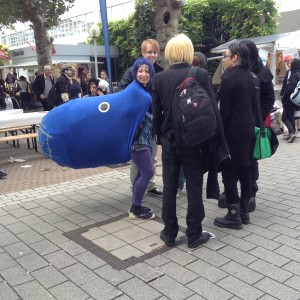 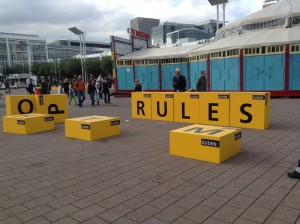 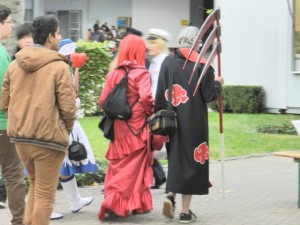 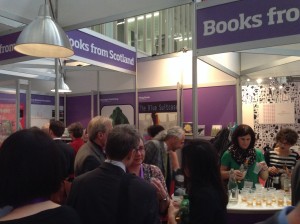 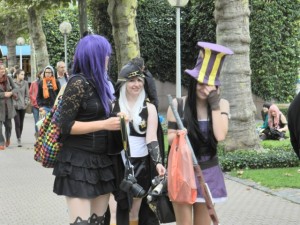 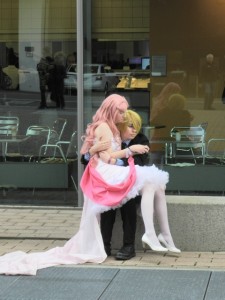 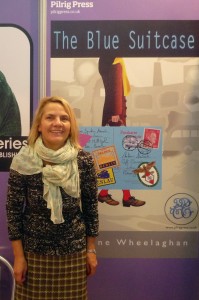 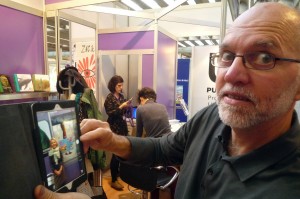 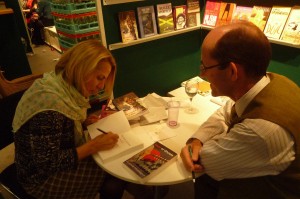 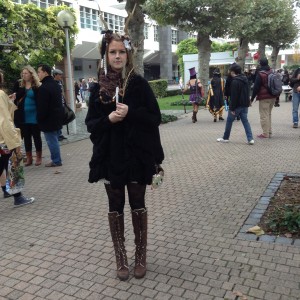 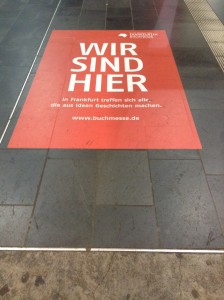 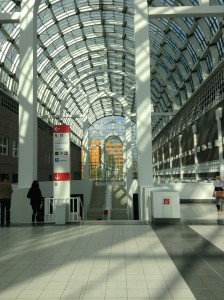 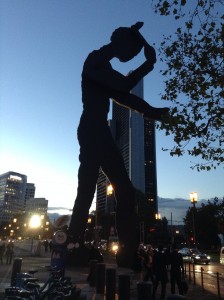 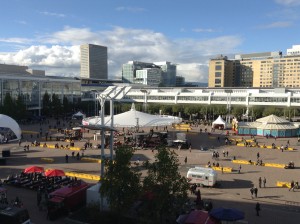 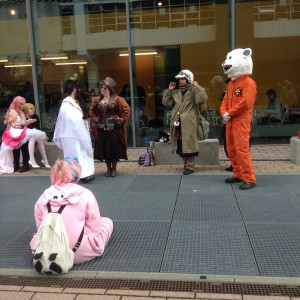 8 Responses to The Frankfurt Book Fair at a glance!