May We Be Forgiven?

In case you missed it, here are two pieces of writing news:

the winner of the Women’s Prize for Fiction 2013 is A M Homes with May We Be Forgiven ( looks a great book!). 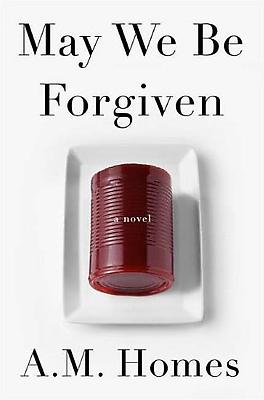 All well and good, except, Baileys taking over the sponsoring of the prize seems to have sparked some controversy.  I’ve included a section from a post by Claire Stewart on the Scottish Book Trust, which sums it up very well. Click on the link for the full post.

What do you think? Is it a good or bad thing that Baileys are sponsoring the Women’s Fiction Prize? Does it matter who sponsors the prize as long as someone does?

The news that the Women’s Prize for Fiction has a new sponsor in Baileys is music to my ears– former backer Orange abandoned the prize and it has had to be propped up by private individual sponsors until another backer could be found. This year’s prize shortlist is nothing short of brilliant and the books on it will be hits. The prize will continue and be backed by the might of a leading brand, part of global drinks giant Diageo. Large amounts of sponsorship money will be going towards promoting the best of fiction, written by women. What’s not to like?

In this morning’s Telegraph, Dr. Brooke Magnanti commented derisively about the choice of Baileys as the new sponsor of the Women’s Prize for Fiction. Her comments have not only a whiff of the elitist about them, but also a bit of a misplaced sense of righteousness about what book prize sponsorship (and arts sponsorship in general) ought to be. Not to mention the drinks that serious women apparently drink…

In a departure that made me wonder if I’d accidentally stumbled into the Telegraph’s food and wine section, Dr. M actually critiqued the actual flavour of Baileys (“over cloying, over sweetened, and far too likely to lead to a pounding hangover.” Enjoy responsibly Dr. M!) and found it hard to imagine Hilary Mantel drinking it (clarification from Mantel on this matter would be most welcome, also on the burning question of whether she drinks it from “dainty glasses”)…

Dr. Magnanti likens Baileys to the beverage equivalent of a hen weekend, and she didn’t mean it in a nice way. Is she trying to say that Baileys and hen weekends are a bit cheap? Beneath the world of literature? Don’t serious women, readers of books, feminists even, attend hen weekends? Magnanti’s problem with Baileys seems to be the fact that it is marketed to women. Does that make it a less worthy sponsor …

This entry was posted in For everyone and tagged A M Homes, Baileys, Claire Stewart, Dr. Brooke Magnanti, May We Be Forgiven, Scottish Book Trust, Telegraph, Women's Prize for Fiction. Bookmark the permalink.

6 Responses to May We Be Forgiven?