what’s a library without any printed books?

In today’s BBC News online there’s an article about a new paperless library opening in the summer in Bexar County, Texas, in the United States.

“… Bexar County’s so-called BiblioTech is a low-cost project with big ambitions. Its first branch will be in a relatively poor district on the city of San Antonio’s South Side…

It will have 100 e-readers on loan, and dozens of screens where the public will be able to browse, study, and learn digital skills…

It will be a truly book-less library – although that is not a phrase much to the liking of BiblioTech’s project co-ordinator, Laura Cole. She prefers the description “digital library” – after all, there will be books there, but in digital form …” 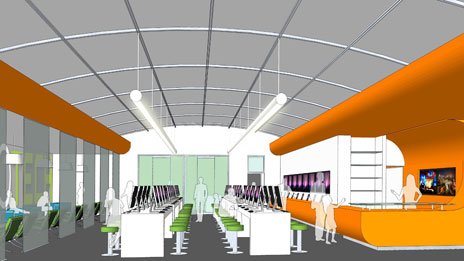 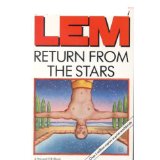 One of the first mentions of a book-less bookshop was  in 1961 in Stanislaw Lem’s book, Return from the Stars. His description of the book-less shop, written over 50 years ago,  seems uncannily like the new BiblioTech. What do you think of an all “digital library”? Is this the beginning of the end for libraries as we known them? If so, is it a bad thing? Can you see yourself using one? Do you think the “opton” could be the first mention ever of a Kindle? 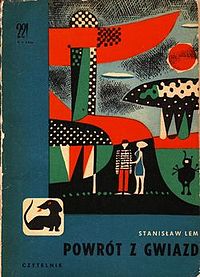 *”…I spent the afternoon in a bookstore. There were no books in it. None had been printed for nearly half a century. And how I have looked forward to them, after the micro films that made up the library of the Prometheus! No such luck. No longer was it possible to browse among shelves, to weigh volumes in hand, to feel their heft, the promise of ponderous reading. The bookstore resembled, instead, an electronic laboratory. The books were crystals with recorded contents. They can be read the aid of an opton, which was similar to a book but had only one page between the covers. At a touch, successive pages of the text appeared on it. But optons were little used, the sales-robot told me. The public preferred lectons – like lectons read out loud, they could be set to any voice, tempo, and modulation. Only scientific publications having a very limited distribution were still printed, on a plastic imitation paper. Thus all my purchases fitted into one pocket, though there must have been almost three hundred titles. My handful of crystal corn – my books …”

*I found the above extract in Lukasz Bejnar’s essay, Market of (Un)Limited Possibilities and Building e-book Collection in an Academic Library (a Case Study), Wrocław University of Technology – Main Library, Poland lukasz.bejnar@pwr.wroc.pl

8 Responses to what’s a library without any printed books?