Writing: a solitary pursuit or a social activity?

This week in Blogland there has been a lot of talk about where writers work and lots of wonderful photos of their solitary desks, all reinforcing the notion that writing  is a lonely pursuit (see blogs by F.C.Malby and Terri Windling). So, it is very timely that I am welcoming back our very own guest blogger and writer Kendra Rose, who suggests the very opposite could be true! 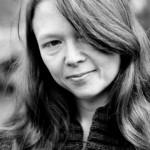 Last week I attended a talk at the British Library titled: Women Writers in the British Museum given by Susan David Bernstein, Professor of English at the University of Wisconsin at Madison. The talk was based on her book Roomscapes: Women Writers in the British Museum from George Eliot to Virginia Woolf (Edinburgh University Press, 2013). Although I had not read the book and knew little about the subject matter previously I found it very interesting. 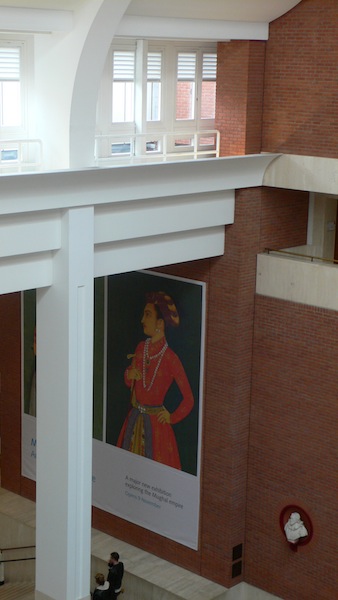 One of the main themes was the idea that the British Museum Reading Room was not a space where only educated men of a privileged class visited but an accessible, public workspace for many emerging and known women writers, particularly during the late 19th century. She believed that it was this social element which spurred their work forward in new, experimental directions, thereby transforming the writing process from a solitary activity to a social one. This was of course at a time when most women still worked in the home. 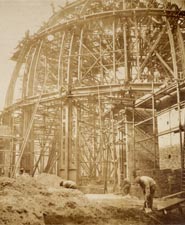 Although the space was available to anyone who wished to use it, in the early days they set aside a special area called the ‘Ladies Section’. Needless to say, most of the women neglected to sit in this area thereby irritating some of the male users who claimed that the women distracted them. In 1857 the newly redesigned Reading Room was opened to the public. The new design was based on a drawing by the librarian Antonio Panizzi and perfected by the architect Sydney Smirke. It changed the room from a rectangular shape to a round dome, thereby creating a more friendly space where readers could easily spot each other and frequently interacted over the catalogues in the centre of the room. 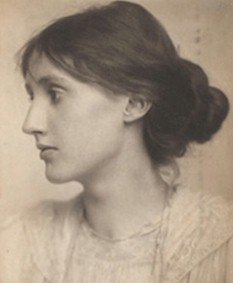 During her talk Bernstein spent a good deal of time discussing Virginia Woolf whose classic A Room of One’s Own famously informed women writers that, “A woman must have money and a room of her own if she is to write fiction.” Bernstein challenged that theory, citing the number of women writers who had neither and who used the British Museum Reading Room as their workspace, amongst them Eleanor Marx, George Eliot, the feminist poet and novelist Amy Levy, Christina Rosetti and even Virginia Woolf herself.

It would seem to have been a question of class, with some of the wealthier women writers who had both the space and the books they needed at home choosing to only use the Reading Room when absolutely necessary. 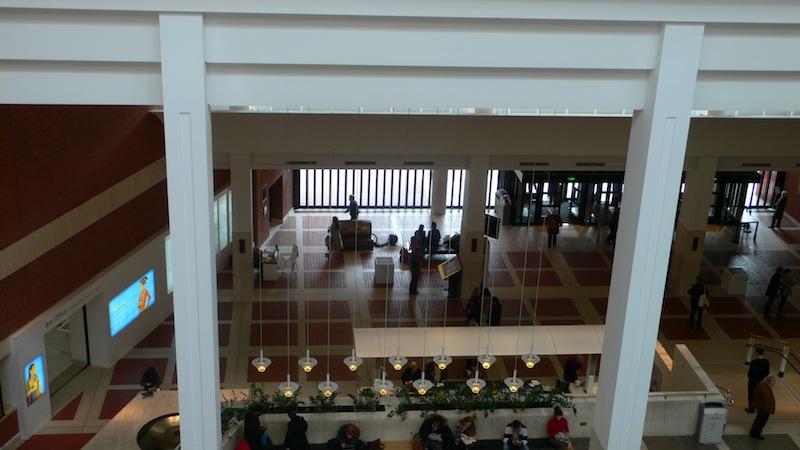 I thought this was an intriguing way of approaching writing, which I have always considered to be a solitary activity. I’d be interested to know what other writers think of this. Of course, even if writing is a solitary activity writers still need to network with other writers and this often happens now through writers groups, writing classes, and also online via blogs and social media. However much of the writer’s actual writing is done alone, and it can be a lonely business.

Last November I participated in NaNoWriMo, or National Novel Writing Month. As part of the event several ‘write ins’ were scheduled where groups of participants would get together in a pub, cafe or museum and spend time writing together. Admittedly I did not attend any of those events because I didn’t think I’d actually get any real writing done there, to my mind it was just a recipe for distraction. Of course, I thought it could be a great social event just not a productive use of my writing time. 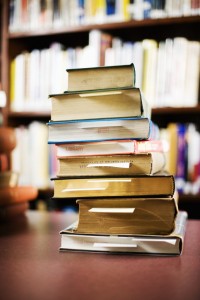 What do you think? Is writing something to be done alone or with others? Or does it matter? For myself I tend to get more done when I’m alone in the privacy of my own home but I know there are many writers who write from cafes, libraries and other public spaces. Of course this doesn’t seem to be quite the same as a regular group of writers writing in the same physical space and meeting to discuss their works in progress. I’m not sure that there is anything quite like this anymore, unless you belong to a group which has their own office or studio space. Do you know of anything like this? I’d be interested to know. Perhaps I’d join it.

Susan David Bernstein’s book, Roomscape: Women Writers in the British Museum from George Eliot to Virginia Woolf is available from Edinburgh University Press http://www.euppublishing.com/book/9780748640652 Unfortunately due to the price of it (£70, discounted to £59 for the event) I wasn’t able to obtain a copy, but it sounds like a great read if you can afford it.”

*thanks to The British Museum for the image of “The Reading Room under construction, William Lake Price, 1855 (detail)” and to the Modernism Lab at Yale University for the Virginia Woolf photo.

23 Responses to Writing: a solitary pursuit or a social activity?