Do writers have a social responsibility to contribute to and change the world they live in? 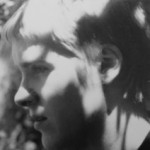 Writers tell stories. And good writers tell good stories well. Our very own guest blogger, Ruth Hunt, asks if this is enough. Should writers also have a social responsibility? What do you think? Whether you are a writer or a reader, we would love to hear from you 🙂

What do you feel writers can contribute to society? Jeanette Winterson author of  ‘Oranges are not the only Fruit’ recently spoke about the writers role within society to The Believer magazine. She wrote:

And writing books isn’t separate by the way. I do think the writer or the artist has to live in the world, fully participate in it. This isn’t ivory-tower stuff. It’s about 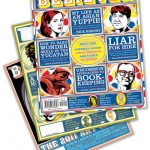 being in the world that we’ve got and contributing to it and trying to change it.’ (Jeanette Winterson interviewed by
Andrea Tetrick page 52 in The Believer Magazine March/April 2013. www.believermag.com)

When I was first thinking about this question, I thought it was clear cut. I thought that as long as I was writing original material, which was factually correct where it needed to be, that I didn’t perpetuate stereotypes and that my characters were believable, this was enough.  This is where my responsibilities were at and where they ended. However, I read the interview with Jeanette Winterson and thought about what she was saying. She was talking about the writer as an artist, and what should our responsibilities should be politically or socially. I think she was also reaching out to writers to consider what we are writing in terms of the impact our work has. Does it increase understanding about an issue or does it reinforce stereotypes?

It was then that I realised, hang on, if as writers we are writing about characters imagined or real, social problems are everywhere. Now I once heard somebody debate this, but what they argued was ‘This is fine for writers in China or Sri Lanka but if you are a Western writer, there isn’t any real social issue.’ I can think of racism, sexism, child abuse. I could say poverty, mental illness, illiteracy, or I might point to gangs, drugs and guns. Indeed, scratch under the surface and every social problem or issue is present.

A precise description of the social novel is:

‘A work of fiction in which a prevailing social problem such as gender, race, class prejudice are dramatized through its effect on the characters in the novel.’ (Encyclopaedia Britannica Online Academic edition 2012)

Examples of ‘the social novel’ can be seen as early as the 19th Century with novels like Harriet Beecher Stowes anti slavery novel, Uncle Tom’s Cabin (1892). Another example is Charles Dickens novel, ‘Hard Times.’

As we look back on these novels, an accusation that is often repeated is how do these writers, who were white and often middle class/ upper-class, know about these issues? How could they possibly feel what it is like to experience those problems?

I don’t think that is totally fair, at least these writers tried to make a difference. We can only write about the time we know about. The belief that unless you have lived through the social injustice, or know about the issues and problems from a personal perspective is one which means writers are put off from even attempting to do anything related to the subject.

However, time and time again, I come across great writers who have done a lot of research and have written a ‘social novel’ for the world now.

Dave Eggers is just one example. His novel Zeitoun (Published by McSweeney’s in 2009 ) tells the story Zeitoun Abdulrahman who got caught up in a nightmare of a situation following Hurricane Katrina.

Zeitoun is described by The Toronto Globe and Mail as …

‘A damning indictment of governmental and judicial failings in the wake of Katrina – but beyond that, it recounts a wrenching, human story of family, faith and ultimately, hope.’

Dave Eggers didn’t experience Hurricane Katrina himself, but he did do a lot of research which paid off.

His latest book  ‘A Hologram for the King’ deals with the economic crisis and recession. (Published by Hamish Hamilton, February 2013). 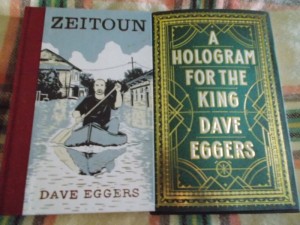 Dave Eggers also contributes to society in another way, he founded ‘826 Valencia’ which uses writers who have spare time to help teach on a one to one basis with in the local community. There is an English equivalent in London ‘The Ministry of Stories’ co-founded by Nick Hornby. In an interview with The Guardian newspaper Dave Eggers said:

‘But sitting in your Garage writing, or pretending to write… sometimes makes you feel a little useless. Sometimes you feel like getting out in the world and seeing if you can be useful in some more immediate or tangible way.’

This illustrates how writers can participate in society, and contribute to society. Even if you don’t have the funds to open a writing school in your community, simply through your fiction you can make a difference. After all, in fiction we create a landscape and world for our readers including our invented characters. Does this charge us to show the diversity of the world? Surely fiction means we imagine a life other than our own?

Does this give us a better understanding of people and the wider world? Is this one of the purposes of fiction, that it can bridge the gaps between people who have different backgrounds and experiences? Is the end result a novel which could help promote compassion, empathy and understanding amongst readers?

I believe a novel can shape events, and allow a reader to grasp the issue or injustice. A fiction writer could shine a torch onto an issue rather than deflecting the light away. What do you think?

Dave Eggers’ wish: Once Upon a School

This entry was posted in For everyone and tagged 826valencia.org, Andrea Tetrick, Charles Dickens, Hard Times, Harriet Beecher Stowes, Jeanette Winterson, Nick Hornby, The Believer Magazine, The Guardian, The Toronto Globe and Mail, Uncle Tom’s Cabin, www.believermag.com), Zeitoun, ‘A Hologram for the King’, ‘Oranges are not the only Fruit’, ‘The Ministry of Stories'. Bookmark the permalink.

27 Responses to Do writers have a social responsibility to contribute to and change the world they live in?