Food shopping on Tarawa in 1995

If you’ve been following this blog, you’ll know that I used to live on Tarawa, a remote coral atoll in the middle of the Pacific and the  capital of the Republic of Kiribati – and where my debut crime thriller, Food of Ghosts, is set. I asked if you could guess the kind of things I missed  while living on Tarawa. Well, one of the biggest things I  missed was fresh fruit and vegetables.  The main local food on the island was fish, coconuts, taro and bananas. Almost everything else had to be imported, usually from China. This included tinned lamb flaps, packet noodles, packet soups, frozen chickens and tinned dried milk. However, every six weeks or so a ship would arrive from Australia bringing supplies of fresh fruit and veg. When this happened it was a bit like Christmas for the foreign workers on the atoll. The You Tube clip is of a shopping trip from my time there – it’s taken before and after a ship arrives. Do let me know if it gives you an impression of what it was like 🙂

Have you lived anywhere, where food was an issue? Have ever lived on Tarawa or live on Tarawa now? What was/is your food shopping experience? Do you know what the food situation is like now? Better or worse? 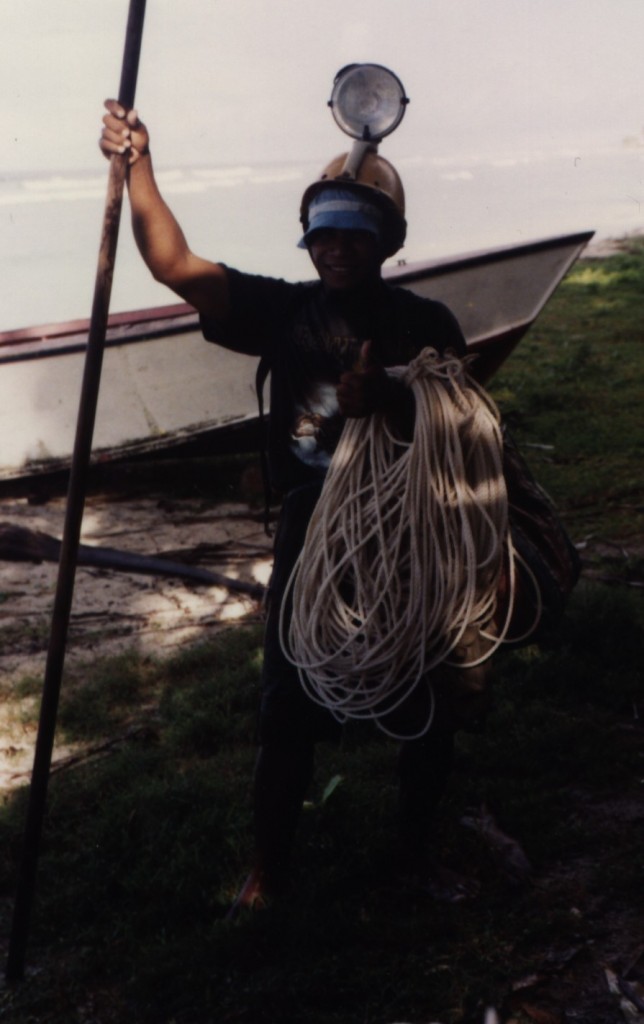 12 Responses to Food shopping on Tarawa in 1995