The Next Big Thing – and all you ever wanted to know about Food of Ghosts, apart from who done it ;o)

Last week Emily Dodds (AKA Aunty Emily) asked me if I would like to be tagged in her blog as part of ‘The Next Big Thing’. I said yes. Here’s how it works: 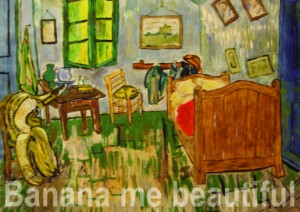 Before I get to my post I want to point out that Emily Dodds is a wonderful, multi-talented, creative person, whose lovely book, Banana me Beautiful, is coming out in print at the end of the year – it is already out as an e-book.  To read Emily’s 10 answers follow this link 🙂

Okay. To my questions. I am going to answer the ten questions on Food of Ghosts, my debut crime thriller, being launched this week on the 8th November in paperback and Kindle.

What is the title of your new book?  Food of Ghosts 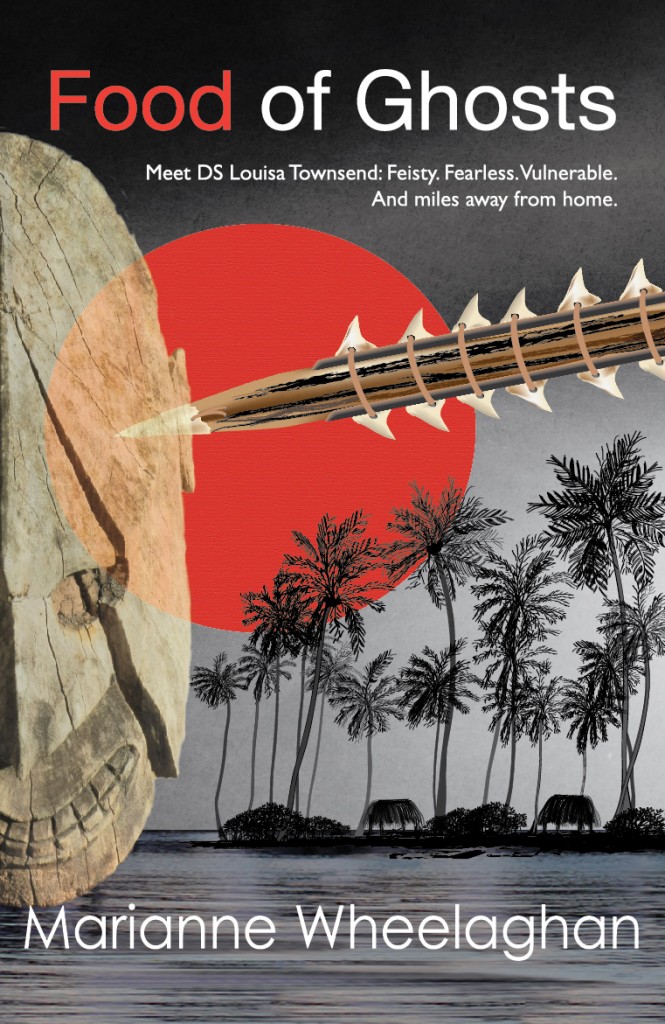 I lived on Tarawa, a tiny coral atoll in the middle of the Pacific, and the capital of the Republic of Kiribati, for five years. It is about as far away from Edinburgh as you can get. I went with my husband who was an aid worker. There were a lot of aid workers on Tarawa. We lived side by side the I-Kiribati, almost on top of each other on the tiny atoll. I didn’t take to the place at first.  The I-Kiribati seemed distant and disinterested and food was always an issue – or the lack of it.  All I seemed to be able to find were tins of something called “lamb flaps” (produced in China), rice and corned beef, which contained double the fat of that on sale in the UK. But little by little I discovered I’d got the people and the place wrong. I grew to love life on Tarawa and the I-Kiribati. And for a few years it was as if I was living on an island paradise. But then there was a tragic accident. Someone died. That’s when I realised the island life was not the “paradise” I thought.  I knew then I wanted to write about what I’d experienced. Not the actual fatal accident as such but the circumstances which caused normal, sane, honest people to behave out of character – with deadly consequences. It’s taken a while to get here because I had to do a few other things first.

Crime thriller. When I was growing up I spent hours, night after night, reading murder mysteries and crime thrillers until the wee hours. I was unable to put a book down until I’d got to the end and saw justice done. I read everything from Raymond Chandler to Agatha Christie to Lawrence Block to Henning Mankell to Sue Grafton to Karen Campbell to Ian Rankin … I believe a good crime novel can tell us as much about the dark side of society as any literary novel.

What a tricky question. Okay, my protagonist is DS Louisa Townsend. She is in her early thirties, with short dark hair and olive skin (her mother is from Kiribati and her father is from Leith, Edinburgh). Louisa has lived most of her live in Edinburgh. I’d like an unknown actress to play her because I’m fed up of seeing the same old faces all the time. I think I’d like all the parts to be played by unknowns. Except one. It would be rather nice if Johnny Depp could play the character called TC ;0)  (This is  also for Ruth 😉 ) Food of Ghosts is being published by Pilrig Press, but I have to admit to a special relationship with Pilrig Press as it was set up by my husband 🙂

I started writing Food of Ghosts ten years ago but stopped because I thought I wanted to write a literary novel and not a crime novel. Then I started again but  took another break from it to write The Blue Suitcase. I suppose that means, I’ve been working on it on and off for over a ten year period.

What other books would you compare Food of Ghosts too within the genre?

That’s difficult because Food of Ghost is not your typical crime thriller.  However, if I had to compare it to other books I’d say Food of Ghosts is a cross between Andrea Camilleri’s Montalbano stories and Sue Grafton’s Alphabet Crimes. The setting of Tarawa in Food of Ghosts is significant, just as the setting of Sicily in the Montalbano stories is significant.DS Townsend is also a feisty, fearless young detective who is vulnerable, like Sue Grafton’s Kinsey Milhone. Food of Ghosts is also similar to both these series of books because it is the first in a series of crime thrillers with the same protagonist and same setting.

I was inspired by a sense of anger and that a terrible tragedy could have been averted.  I wanted to see justice done, even if only on the page in a fictional story. I also fell in love with Tarawa. It is a really unusual place. While the rest of the world is all merging into one big familiar homogenous  same place, Tarawa and the  people of the Republic of Kiribati stand out as being very  much unique.

Food of Ghosts  is a gripping crime story and deadly serious but there’s also a  fun side to some of it.

DS Louisa Townsend is from Edinburgh, so she’s a new and very different detective on the Scottish block! And female – yeh hey!

DS Louisa Townsend struggles with an obsessive compulsive disorder, which can make her life even more difficult at times. And just when she thinks she’s conquered it, it rears its ugly head.

Food of Ghosts is set in an exotic faraway place that is very different with a unique culture. It is not somewhere that you can easily get to and not many people have got to it! I think readers will  enjoy discovering it, especially  as this is a place under threat –  many of the islands in the Gilbert group are only a couple of metres above sea level and in danger of becoming inhabitable if the predicted rise in the sea level happens.

A big thanks to Kiribati Tungaru Association for the use of their photo.

The writers I am tagging are … 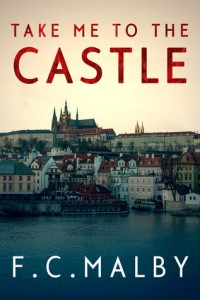 F. C Malby.  Fiona’s book Take me To The Castle is due out any day now and looks terrific. It is set in the newly formed Czech Republic. It promised to be fascinating. If you follow the link, you can enter a Giveaway on her website and may even win a copy of the book.

I met Karen Campbell at the Edinburgh International Book Festival this year. Karen is an author whose writing I admire a lot . She has already  four fantastic crime novels under her belt. Her fifth novel, This is Where I am, is due out in February 2013 and it is not crime!I can’t wait to read it.

Mark Woodward*is at this very minute launching his debut novel Mouseman. I’ve known Mark for years. He is an extraordinary writer. The link will take you to the Facebook page where is a big discussion going on about the novel – why not join in!?

“Mouseman is comic, dark and unsettling novel, available from Amazon or FREE from the Writing Idol website (currently in development). Please take a look and see what you think.”

* I will be hosting Mark’s blog post next week as he hasn’t got his own blog up and running yet. 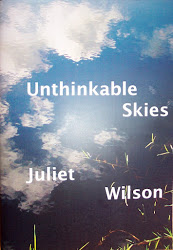 Juliet Wilson is Crafty Green Poet!  Juliet has had several haiku, longer poems and short stories published online and in UK and USA journals. She is “a deservedly popular poet –I am loving her collection Unthinkable Skies – and an active environmentalist.” She’s working on novel and I for one am looking forward to hearing all about it!

Belinda Pollard is a writer and editor and a publisher in Australia! I met her via twitter and love her helpful web site, which is full of editing and writing tips. I’ve been waiting of an opportunity like this to ask her about her exciting debut novel, Poison Bay! 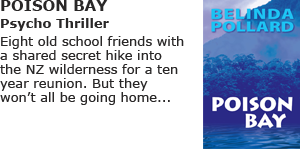 Don’t forget to check out everyone’s websites in a week’s time!

And any questions about DS Louisa Townsend and Food of Ghosts – do please ask.

7 Responses to The Next Big Thing – and all you ever wanted to know about Food of Ghosts, apart from who done it ;o)