I had an author event at Wester Hailes Library here in Edinburgh on Wednesday evening and for the first time EVER since I’ve been doing author events (two years now), the audience was all men. Incredible!  Usually there are only women in the audience, or mainly women.  Did I notice any difference between a male and a female audience? Not really, not at first anyway: the men listened attentively to what I had to say and asked lots of stimulating questions. Perhaps their questions tended to veer a tad more towards politics and historical facts, and perhaps they were less interested in my family history, but it was similar to all other events I’ve done until the end of the session when I began to talk about Food of Ghosts, my new crime thriller. Women audiences are usually very interested in the new novel. The men on Wednesday evening were not!  Wow! Of course it could simply be that these particular men were more into politics and history than crime fiction, but it started me thinking. In the past, when I’ve been to events to listen to fellow crime authors, there are always more women in the audience than men. So, my question is, do men read crime fiction or is it just women? What do you think? 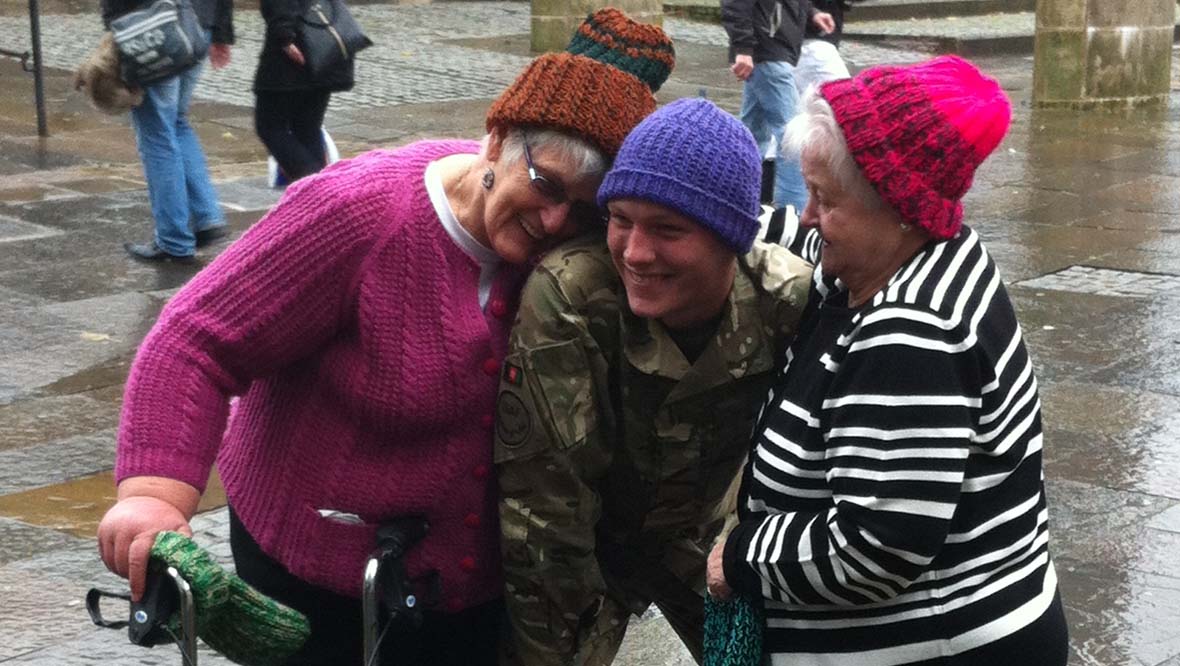 And where were all the women from Wester Hailes Library? Well, earlier in the day Wester Hailes Library celebrated its 15th crystal anniversary. As part of the celebrations the  “knit and natter” group at the library, helped from knitting groups from around Edinburgh, including Granton and Newington,  presented soldiers from the Dreghorn-based 1 Scots Rear Operations Group with 200 hand-knitted hats for the troops in Afghanistan. The hats were a request from Parcels4Troops, a charity which sends gifts and home comforts to people serving in the Middle East. From what I understand the event left the ladies pretty pooped and with that and the very heavy rain, the ladies decided to call it a day and stayed at home, and who can blame them 🙂

Read the full “nit and natter” story here an see all the great pictures.