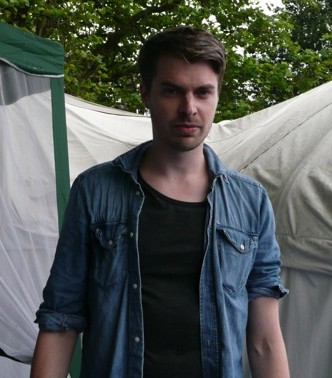 I met Joe Stretch on Saturday evening before his event at The Edinburgh International Book Festival. It was great to be able to catch him for five minutes and have a quick chat. Laurence Phelan of the Independent said of Friction, Joe Stretch’s first book:

“Friction is about six characters in contemporary-ish Manchester who’ve all been deadened after too much stimulation and by consumerism’s false promises…  First time novelists frequently set out to shock – and these days invariably fail – but Stretch isn’t one of them. As depraved as it gets, Friction is a caustic comedy, and doesn’t mark the arrival of a new provocateur but of a promising satirist.”

Lee Rourke in The Independent describes Joe’s second book, Wildlife,  as “a serious meditation on technology and individualism.” 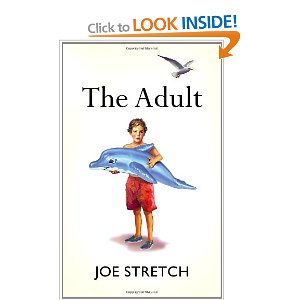 The Adult is Joe’s third book. Gavin James Bower of the Guardian says of it, “The strength of this novel lies not in its paradoxical nostalgia for a time that promised so much and delivered so little, but in its ideas about the present… What renders his sombre novel so enjoyable is that it makes you never want to grow up.”

Okay, to the interview at the book festival yurt! 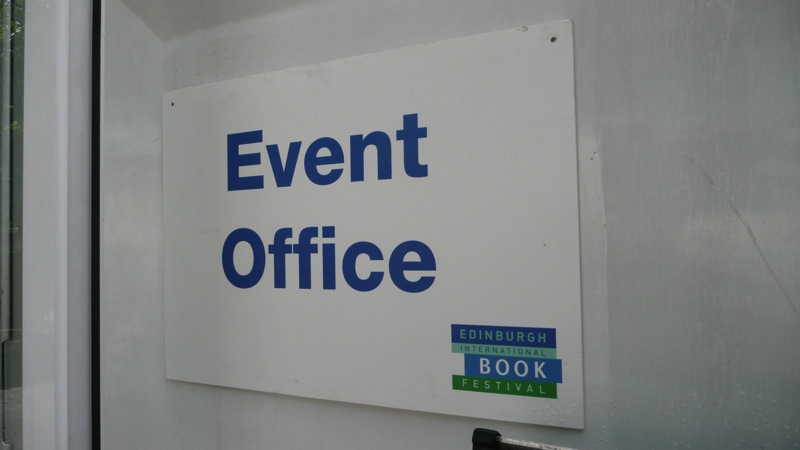 Yes, I would totally agree that writing is an act of courage, I think, almost boringly so. I think courage comes easily to the young, we all know that, and that’s why I think  the writers that I admire, I’m thinking about writers like Saul Bellow, who I love, and Phillip Roth, who’ve never stopped, who never give up, who keep going into old age,  are courageous. It’s a trite remark maybe, no, it is a trite remark, but living takes courage. In writing the desire to create something that the market hasn’t asked for also takes courage. The market asks for stuff, like at the moment it might be crass soft porn, and that’s fine, and that’s cool. But I think to write something that is pure, that’s not been asked for, that takes courage. Especially as nowadays it’s almost impossible to think about things outside of the boundaries of the market. I think a  lot of our time is spent responding to the demands of the market. Writing is so exciting because the blank page doesn’t have to belong to the market.

Q: So, how much courage did it take you to start writing, to be a writer?

Me? Yes, I’m fucking brave! Ha ha ha! No, it didn’t take any courage. Not at all. What it took was stupidity.  Yes, it took stupidity to start writing. It took no courage because it was a natural thing for me to do. I was young. I like writing.  Being “a writer”, though,  is all a bit fucking meaningless.  For me writing is always about being prepared to fail, always deciding the criteria by which I am, we are, prepared to fail. Sometimes you get success, like coming here to the Edinburgh Book Festival –  my mum went nuts when she heard I was coming. And being here is great, it’s good and its fun, but I’m not defining myself by it. Yearning for acceptance is a bit of a dead end. To be honest I fantasise about sending my book to my publisher and he says ‘no fucking way!’  That would be a success. I think you have to have your own way of thinking and stick to it regardless of everything else. 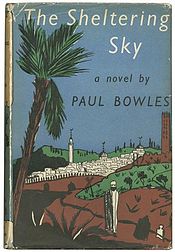 I would go back to the late forties. Recently I’ve been reading Paul Bowles’s novel The Sheltering Sky and Hemingway. I like that idea of a world in shock, that interests me a lot.

Q: Did you like school and did you take anything from it?

Good question. Hm? Well, school, well, school was hell. You know, I’ve always wanted  to know what was going on and school was one of those arenas where I was so desperate to understand what was happening but never did. One thing I would say about school is that my teachers were amazing people.  At the time I didn’t realise or appreciate them. But my memories of them are of really amazing people.  Yes, school was hard but it’s where you become yourself. You have to work at it. I’d work much harder if I went back. I’d do more maths!

Q: Do you have a favourite fictional character, someone maybe you’d like to be?

It’s a boring answer but at the moment I’m obsessed with this novel The Sheltering Sky by Paul Bowles and there’s a character in there called Port who is a composer. He has  a sense that the sky  shields and shelters us from the  horrors beyond it. It’s an incredible book. But Port. Yes. I’d  recommend the book to anyone. You could look at it in a million ways. I’ve published three books and I’m proud of them and I can see them for what they are, they are a sort of wild juvenilia. It’s likely that most people wouldn’t want their wild juvenilia published. Okay. I did. And I can just about cope with it. Just about. It is embarrassing. I’ll never write books like that again. But, no, I don’t have any regrets.

I think if anything in life, you should be vulnerable, like really fucking vulnerable, I mean, you should take risks. Publishing a book is taking a risk, making yourself vulnerable,  but it’s also an amazing experience. And I’ve done that. Obviously people who are physically vulnerable, or under genuine threat or fear of their life, that’s different, of course it is.

Q: If you could be invisible for a day, where would you go?

I’d go nowhere near other humans, that’s for sure. I’d go where there was no one. I’d be invisible there. I’d disappear. 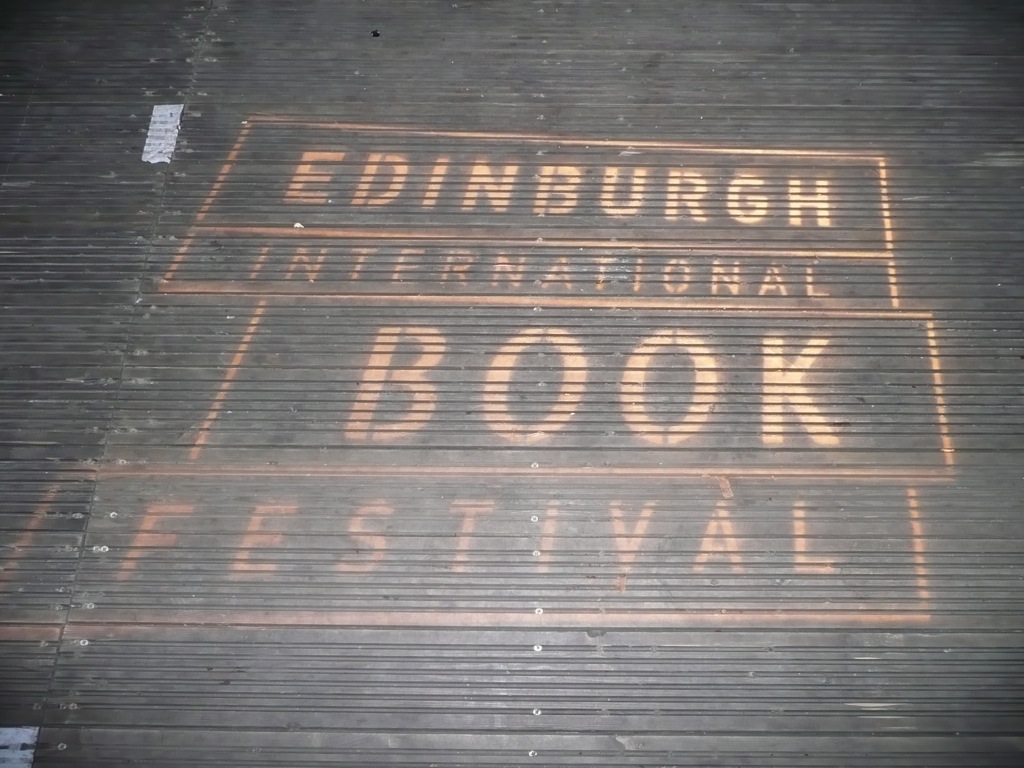 Thanks again to Clicket and Edinburgh International Book Festival 2012 for the ticket to Joe’s event, which he was sharing with Jenni Fagen. Unfortunately, I didn’t actually get to the event as in the hour between my wee chat to Joe and the event happening my purse disappeared! It’s a long, bizarre story to do with a man and a coat! While trying to track down said purse, with all my credit cards in it (why did I have all my cards with me for a visit to the book festival???) and a wad of cash I’d just taken out of the hole in the wall, I  ended up missing the event 🙁  So, I’m doubly grateful to Joe for stopping and chatting 🙂

This entry was posted in For everyone, For readers. Bookmark the permalink.