an interview with Stef Penny, an award winning writer who had no ambition to write a book

Stef Penny’s first novel, The Tenderness of Wolves, was named the Costa Book of the Year in 2006, and Theakston’s Crime Novel of the Year, 2008. Her second novel, The Invisible Ones,  just came out last year. I chatted to Stef Penny yesterday at the Edinburgh International Book Festival just before her event. I want to thank her again for her time  and for being so honest about her life as writer. 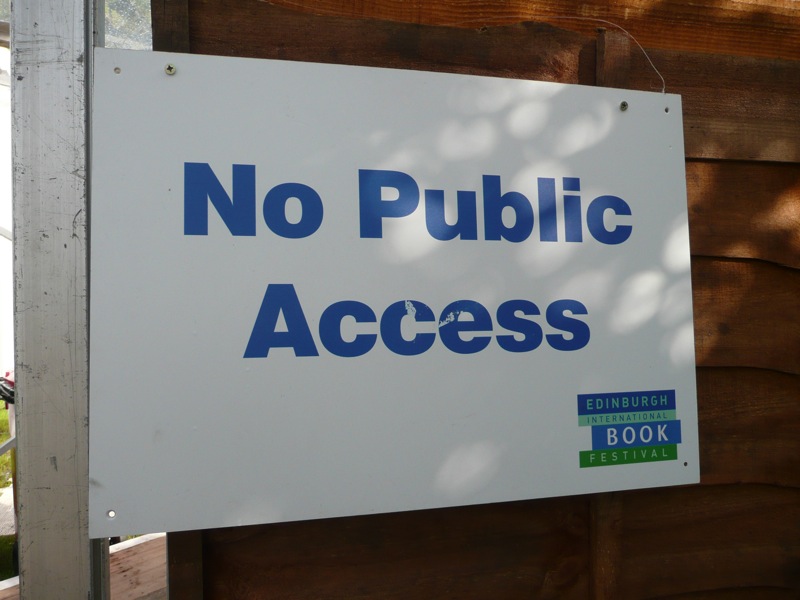 What a big question? It could be. In some ways. But I started writing as a screen writer, which feels far less personal. It’s not such an exposing form of writing because there are so many people involved in (or interfering with) the production of a screen play. 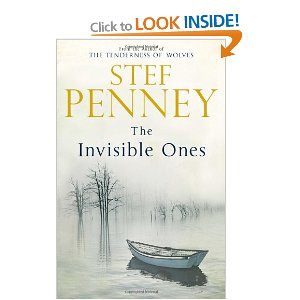 It was never my ambition to write a novel. I only did it because I was really desperate and really short of money. Commissions had dried up. The idea for the novel grew out of a sequel to a screen play I’d written. I ended up with characters who’d been emigrated to Canada from the Clearances. I’d always thought I’d go back to them. The story I wanted to do was too complex for a screen play format, so I thought I’d write a novel. It didn’t really take courage. I thought I’d just try. I didn’t even know if I’d finish it or if anyone would read it. That book became The Tenderness of Wolves. It takes more courage when you can’t hide or pretend that the writing of your book is a rumour, when everyone is waiting for you to finish. 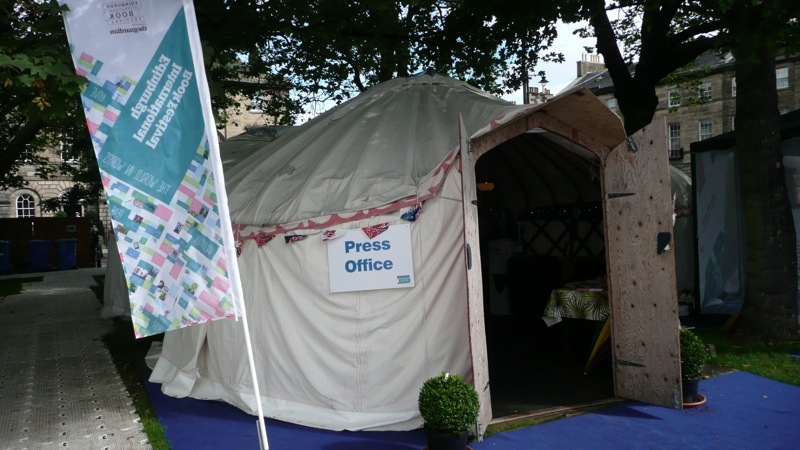 Actually, I’ve  just finished reading Cynthia Ozick’s novel Foreign Bodies. Thinking about it, some kinds of writing may require more courage than other kinds. Genre fiction may possibly be easier because you have a well recognised structure or format to follow, laid down over time. It’s not all about you. Although, inevitably, whatever you’re writing, you’re putting yourself into the writing and that takes courage.

Actually writing requires far less courage than doing an event at the EIBF!

Hm? Another potentially big question? Hm? Not to the future. I’d like to go where I learn something but not be in danger. I’m really interested in 19th century China at the moment, it’s quite amazing. Maybe there.

I hated school and was a very angry teenager. I think a lot of me still is an angry teenager. I don’t think I was particularly nice to teach. I was both scared of the authority of the teachers I had and respectful of it, but that was the way I was brought up. I knew I shouldn’t be respectful of some of them because some of them weren’t particularly intelligent and didn’t deserve my respect. The thing I remember most about school was my rage.

I love the life of writing. I’m good when no one’s telling me what to do (see earlier about when I was at school – ha ha ha!). I’m not a workaholic. I’m good at the work-life balance. Maybe  I’m just lazy. I don’t really work that hard. There’s been five years between novels and people say that’s a long gap. But it doesn’t feel that long to me. I also write for radio and I might go back to screen plays. Going into another medium is really good for your sanity. When writing books you’re putting yourself out there. It’s all up to you and your totally responsible for the end product. Radio adaptations are about immersing yourself in someone else’s story. I love it. If you work with a good team it’s brilliant. 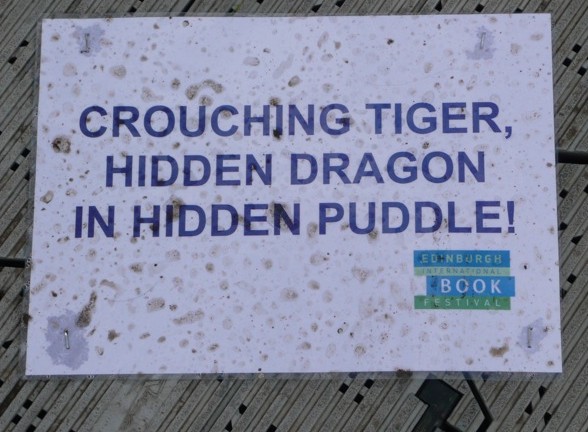 I can’t think of anything. Although, I would have liked to have gone to art school. I may still do so!

If I could tap dance, I’d be proud of that, but I can’t. Actually, I’m incredibly proud of my books.

Q: Do you have a fictional character you admire?

Yes, a few. But I especially like Modesty Blaise. My latest radio adaptation is of a Modesty Blaise novel. I want everyone to love it, so it feels very  personal. She is a complete action fantasy figure.  Good to aim for, don’t you think? She has all the courage that I don’t have. A thank you to Clicket and the EIBF for the ticket to Stef’s event. Stef gave a mesmerising reading from The Invisible Ones. She also said she’d felt a lot of pressure to write a successful second book after writing a successful first novel. She talked about how much she loved writing and how she never wanted it to stop, but that she hated editing: she likened editing to having to cutting the limbs of one’s child. The chair of the event, Peter Guttridge, asked her if she realised “she’d pushed the edge of the crime form” and Stef said she simply writes what she enjoys. Finally, she’s adapted Melville’s Moby Dick and the story of Scott of the Antarctic  for radio. She needs no specific environment to write in and often writes in cafes in East London where she lives. 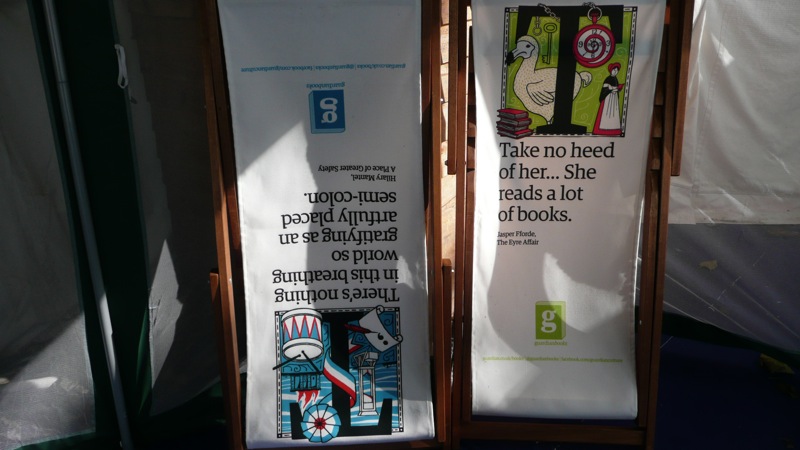 This entry was posted in For everyone and tagged Cynthia Ozick, Foreign Bodies, Modesty Blaise, Peter Guttridge, Stef Penny, The Invisible Ones, The Tenderness of Wolves, Theakston's Crime Novel of the Year. Bookmark the permalink.

2 Responses to an interview with Stef Penny, an award winning writer who had no ambition to write a book