questions that authors are never asked (at the EIBF 2012 …)

The EIBF  (Edinburgh International Book Festival) is still on and  I’m going to a heap of author events this week thanks to Clicket! Some of the authors have kindly agreed to give me five minutes of their time  (and they are really busy!) to answer five questions.  If you have a question (you think authors are never asked), let me know. I’ll pick the best five questions (I’ve already got a couple of good ones from you). Thanks!

First up on Wednesday is Karen Campbell . Karen is an exciting crime writer, who used to be a serving police officer with the City of Glasgow police. Her twitter profile says:

Her books are police procedurals (so far!) and are set in Glasgow. They include The Twilight Time, After The Fire, Shadow Play and her latest novel, Proof of Life. 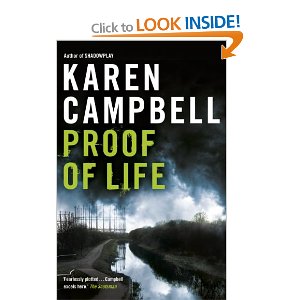 Next  up is Anuerin (Nye) Wright,  an incredible graphic novelist from the US.  I’ve been a graphic novel fan ever since meeting my husband, who is part French – the French read graphic novels or bandes dessinées (BDs),  like we Scottys drink tea.  His latest novel is called Things To Do in  a Retirement Home Trailer Park When You are  29 and Unemployed.

“A tour-de-force and eight years in the making, this is a powerful, superbly-drawn and deeply moving portrait of a young man coming to terms with his dying father, and with his own life, as he takes care of the old man in his final months.” 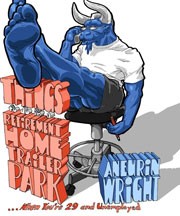 Alex Gray  comes next. She is one of my favourite Scottish crime writers. Author of seven novels set around Glasgow and featuring the character of Detective Chief Inspector Lorimer and his psychological profiler Solomon Brightman. She is … 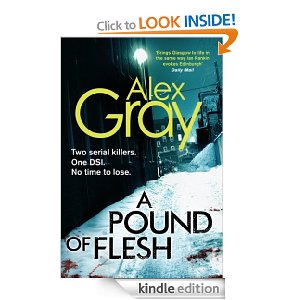 Also on Friday I’ll be talking to the one and only Christopher Brookmyre ,  an extremely  funny and talented crime writer, who’s written twelve seriously funny crime novels and two serious crime noir with Where The Bodies Are Buried and more recently When The Devil Drives. 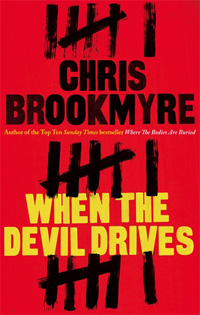 Pat Barker is not a crime writer,  nor a graphic novelist, she is, of course, the writer of the wonderful Regeneration Trilogy set during the first world war. Regeneration is the first book in the trilogy and is followed by The Eye in the Door in 1993 and The Ghost Road, for which Barker won the Booker prize in 1995.

“Inspired by her grandfather’s experiences in the first world war trenches, Barker’s Regeneration is set in the Craiglockhart war hospital, where soldiers were “cured” of psychological trauma before being sent back to the front.” John Mullan, The Guardian

Joe Stretch is a relatively new writer to me, his books  intrigue me and are very different from what I would normally read. On the Meet The Author website it says of  Joe’s first book Friction. “This book is not cosy. It spits.”

In his debut novel, Friction, Stockport-based writer Joe Stretch memorably chronicled the desolate lives of various sexual inadequates and deviants in Manchester. In his second, Wildlife, he turned his satirical gaze on the social networking proclivities of another set of manic twenty somethings. The Adult very much feels like the third in a trilogy: Stretch is still adeptly picking apart the dichotomies of glass-towered-yet-grimy 21st-century Manchester, still finding a kind of morbid normality in perversion.

Mark Billingham is my last interviewee on Sunday. He says of himself on his twitter profile:

Crime writer. Very average comedian. Looking out of the window a speciality.

This is what is says on his Amazon page:

“Mark Billingham is one of the UK’s most acclaimed and popular crime writers. A former actor, television writer and stand-up comedian, his series of novels featuring D.I. Tom Thorne has twice won him the Crime Novel Of The Year Award as well as the Sherlock Award for Best British Detective and been nominated for seven CWA Daggers. His standalone thriller IN THE DARK was chosen as one of the twelve best books of the year by the Times and his debut novel, SLEEPYHEAD was chosen by the Sunday Times as one of the 100 books that had shaped the decade. Each of his novels has been a Sunday Times Top Ten bestseller.” 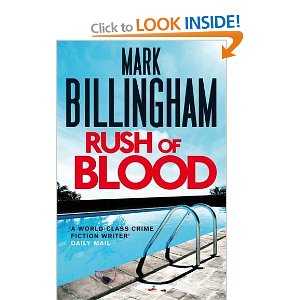 So, that’s my seven interviewees out of a possible thirteen. If you have a question to ask them, do send it to me as soon as possible. For now I’m off to see Joyce Carol Oates.

This entry was posted in For everyone and tagged After The Fire, Karen Campbell, Proof of Life., Shadow Play, The Twilight Time. Bookmark the permalink.