a place of the dead: Val McDermid and Sue Black at the EIBF 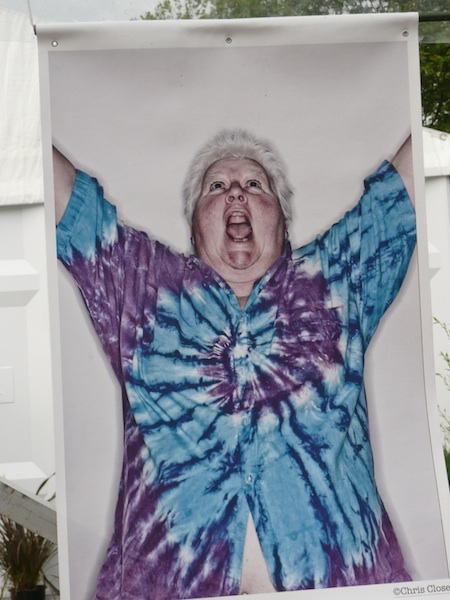 Yesterday I went to my 3rd EIBF event! Those of you who know me, know that I LOVE crime fiction, so I was really looking forward to this event. It didn’t disappoint. Crime writer Val McDermid was in the house talking to forensic anthropologist Prof Sue Black. Val has written umpteen, great, gritty, gruesome types of crime novels. If you’ve not read any of them, you may have come across Wire In The Blood on the TV, which is based on her Tony Hill and Carol Jordan books. Click on the link for more! Sue Black is also an incredibly interesting person – see my blog post  Move Over Gil Grissom and Horatio Cane, Sue Black is in the building!

Turns out Val and Sue are best of chums and very comfortable in each other’s company. This gave the event an intimate feel, even though this was the busiest event I’ve been to yet –  the queue to see them was so long it wound round the garden and caught up on itself (it’s been the longest queue in the book fest so far, other than the  queue to see Gordon Brown the day before!). I can only describe their “chat” as banter. Very funny, often silly and hugely entertaining, but there was also some very serous stuff said too. So much, in fact, I’m struggling to know where to begin! I think the best way to talk about the event is to tell you the main things I took away from it. Here goes and in no specific order: 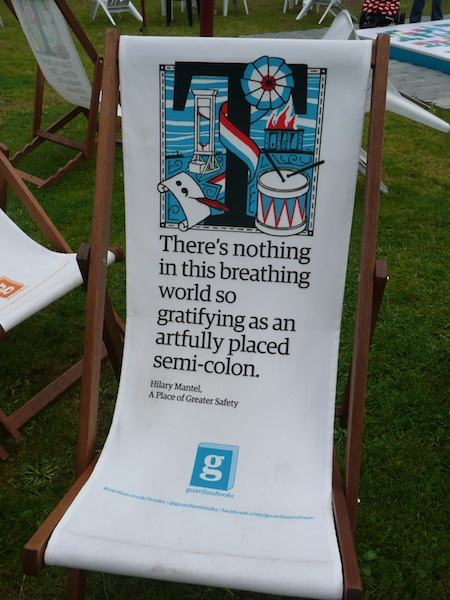 Val and Sue met in 1997 through a radio show and ever since them Val has been picking Sue’s brains for the latest in forensic developments – demonstrating that thing AL Kennedy said the other day about writers writing about what they know, and if they don’t know it, finding out! Val uses the information she gets from Sue to help make her stories credible. She believes, as all writers should, that readers deserve respect and that her research must be accurate. There was talk of  a backscatter spectroscopy and a pubic scalp looking like “cooked tuna with hair” (hem!) and a body that’s been in a bog for x amounts of years  looking like “a leather bag with a face on” –  I kid you not, and these are Sue’s words, not Val’s.  Sue looks like butter wouldn’t melt, but don’t let that fool you!

As a forensic anthropologist part of Prof  Sue’s job is to identify (on behalf of the government) remains to see if they are human or not, and then, if the remains are human, give the human remains an identity. She’s worked in  Sierra Leone and Kosova identifying  war crime victims  and in Thailand on the tsunami victims. When not doing such things, she spends an awful lot of her time looking in Wheelie bins. Val is very appreciative of the time Sue gives her. She says she couldn’t write her crime novels without Sue’s help.

Tattoos! When you have a tattoo the ink from the tattoo ends up in your lymph nodes, colouring them. If someone removes a tattoo from a body in order to make it difficult to identify the body – for example by dismembering the body, Sue (and her colleagues) can identify that there has been a tattoo on the body from the coloured lymph nodes and even, sometimes, identify the tattoo itself.

Val says the starting point for her for any book is an interesting fact (such as the one above!) She likens science to magic. She writes crime because she’s interested in why people do what they do.

Sue says the backs of out hands are unique, like fingerprints.  Sue and her colleagues have helped identify paedophiles from photos (which only revealed the back of their hands).

Val and various other crime writers have joined together to help Dundee University and Sue Black raise a million pounds to help build a new forensic  centre of excellence, which will make Dundee University  the first in the UK to exclusively adopt the Thiel method of embalming –follow the link if you want to know what that is! The campaign is called  Million for a Morgue.  You only have to donate one pound to make a difference. Do check it out.

We may think our DNA is not on file anywhere but if we were born after 1950, there is a very good chance that a “gutherie test” was carried out on our newly born baby body ie: blood was taken from us to check for various things. Hospitals do not destroy that blood. For most of us our DNA is “obtainable.”

Your hair can reveal what you have been eating over the last six months.

Your teeth can reveal where your mother was (in which country) when you were born!

A morgue and a mortuary mean exactly the same thing: place of the dead.

In Kosovo the baddies (and/or  Sierra Leon?) used to cover the bodies of their victims with cattle and horses before burying them in a crude attempt to hide the human remains – believing incorrectly that anyone investigating or looking for said remains (drawn to the burial site by the smell) would find the animal remains and stop looking further.

Without forensics, the contemporary crime novel doesn’t appear authentic. Some crime writers are getting around this by setting their stories in the past  – or on coral atolls ;o)

St Andrews is not in Fife it is in Narnia!

Thanks to Clicket, and EIBF ,  of course! Check them out for events and more stories on what’s happening! 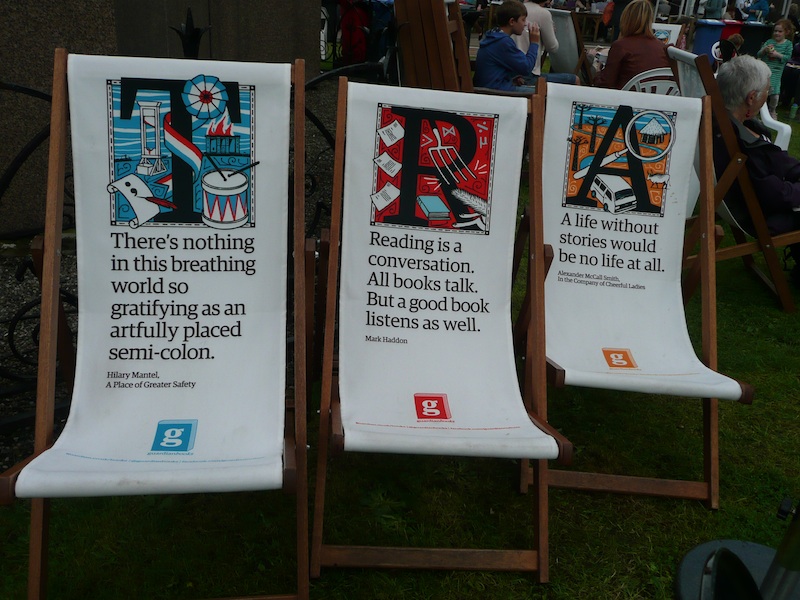 This entry was posted in For everyone, For readers, For writers. Bookmark the permalink.

4 Responses to a place of the dead: Val McDermid and Sue Black at the EIBF