I am not a geek but I loved Robots Live! 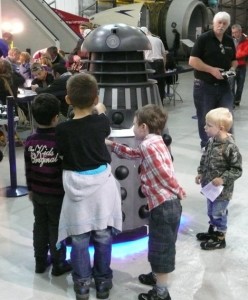 When I was wee and it was raining, mum would pack us off to the museum. And if you’re from Edinburgh, you’ll know that meant the National Museum of Scotland, better known as Chamber Street Museum. With no disrespect to the present day museum people, we’d go under sufferance, because apart from  the fishponds  – dear Museum of Scotland people, you will never be allowed to forget 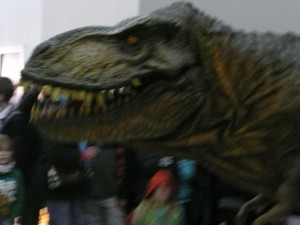 taking away those fishponds ;o) – and the stuffed animals, and a skeleton of a whale hanging in what is now the Animal World, the museum was a boring place for kids, especially this kid.  If we so much as squeaked,  someone would “shhhhhh!” at you in a very loud voice (and 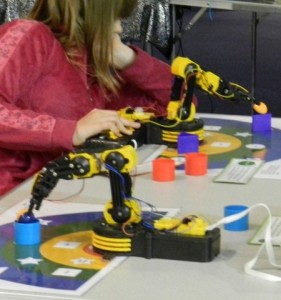 don’t even think about walking fast, never mind running). Actually touching an exhibit would have probably got you a prison sentence.  That was, of course in the olden days (hem!). Yesterday, it was raining and  I went to The National Museum of Flight in East Fortune for the Robots Live event. I would 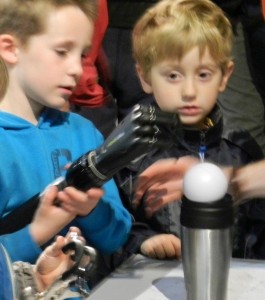 have gone had it been sunny. Hanger 4, which houses Concorde,
was where everything was happening. Under it’s masive wings kids and grown-ups were making, touching, squealing, running, laughing, welding, soldering, crying (that was some of the very wee ones, T Rex was very good!), and generally having a great time mucking about with remote controls and robots. 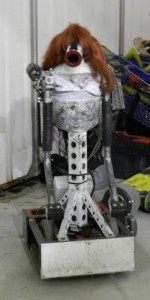 There was a T.Rex, a Dalek, a ginger robot(!), a robot with a gun (he got all the kids with the water!), and lots of geeky robotics stuff for the brainiac people to do with monitoring satellites and stars in space and saving energy and heaps more.  Oops, and nearly forgot, there was a real live Robot Wars competition. If you don’t know Robot Wars (and I have a geeky son and husband and so am very familiar with Robot Wars!), it is  TV game show, think heavy rock music meets Who Wants to be a Millionaire meets the WWF with axes (there’s a video clip at the bottom of this page, along with a clip of 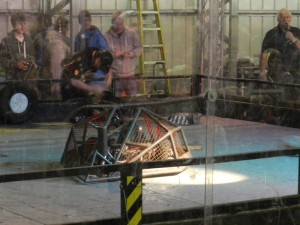 Now you may be wondering what a writer such as myself, more of an arty sort of person, and someone who got an “e” in physics and a self confessed technophobe, was doing anywhere so electronic and downright geeky? Well,  I am reading this book called The Vein of Gold (A Journey to Your Creative Heart) by Julia Cameron. She says  (at least this is what I think she is saying) that the best way for us writer types to widen our creative horizons is to take a break from our normal writing stuff and experience other things. That’s what I was doing, inspiring the creative process. And did it work? Oh, yes, absolutely, and it was a great day out too 🙂 So a big thanks to The National Museums of Scotland and Clicket Edinburgh for making it happen:)

I’d love to hear from you, if you have any museum experiences from the past or present! And to thank you for leaving a comment, I’ll put your name in a hat and at the end of this month, one lucky winner when get a free copy of my book The Blue Suitcase. 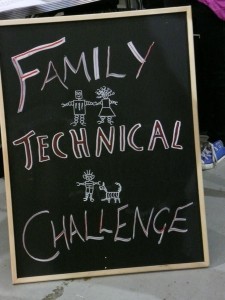 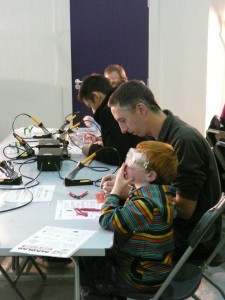 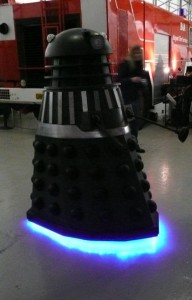 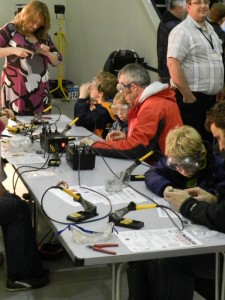 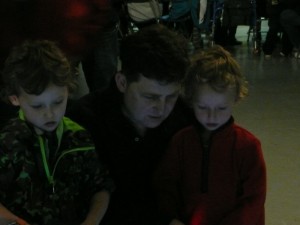 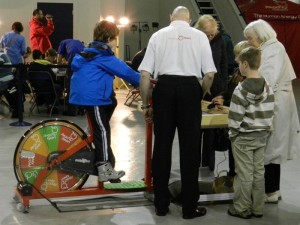 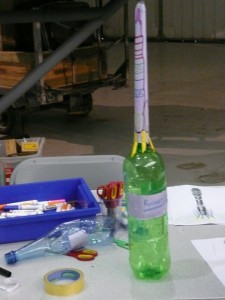 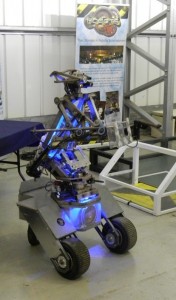 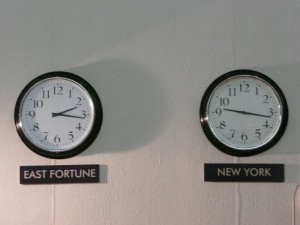 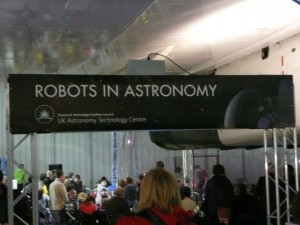 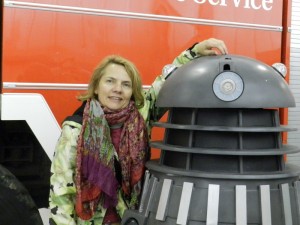 This entry was posted in For everyone and tagged Dalek, East Fortune, Julia Cameron, National Museum of Scotland, Robot Wars, robots live!, The National Museum of Flight, The Vein of Gold (A Journey to Your Creative Heart), Tyrannosaurus Rex!. Bookmark the permalink.

2 Responses to I am not a geek but I loved Robots Live!