would you have a picture of Hitler on your wall? 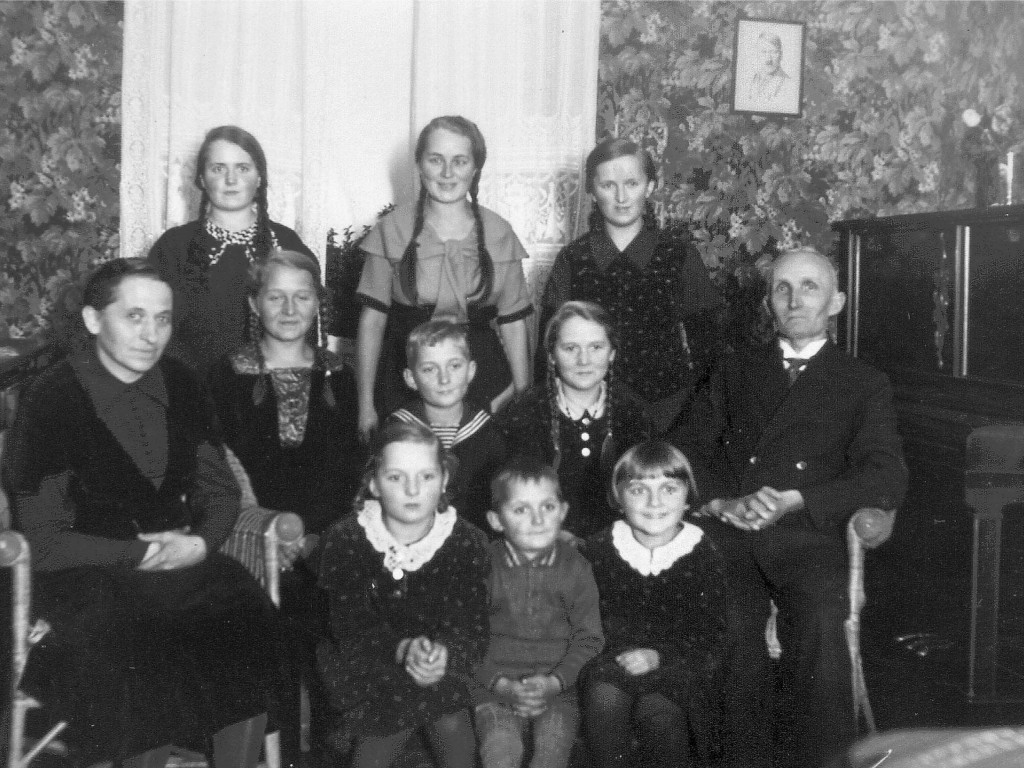 This is a picture of my mum and her family. It was found shortly after Mum died, along with some private letters and diaries – mum’s the smiling girl at the front with the fringe. Mum was German and came to Scotland after WW2 to train to be a nurse. Shortly after arriving she met my dad, a lad from Leith. They fell in love, married, had a family and the rest is, as they say, history. Mum never really talked about her life before coming to Scotland and we, my brothers and sisters and Dad, didn’t ask. It was a surprise, therefore, to suddenly see photos of a family we didn’t even know existed. I’d studied German when I was younger and Dad was especially keen I translate Mum’s letters and the diaries for him. He was missing her badly and maybe he thought the contents of her papers would bring him closer to her?  I don’t know. He didn’t say. But, to be honest, I was reluctant to snoop through Mum’s things. In life Mum was a private person and this seemed such an intrusion of her privacy. However, that picture of Hitler on the wall behind the piano had shocked me. I couldn’t understand why anyone, let alone my granny and granddad, would have a picture of an evil dictator (arguably, the most evil dictator!) in their living room. In the end I agreed to translate Mum’s papers for Dad because I wanted to know the answer to that question – and I got it. I discovered that my mother and her family, and many, many other ordinary Germans living under Hitler, had very little choice over how they lead their lives. They suffered unspeakably cruel things and horrific injustices and were victims of war  tyranny, who deserve respect and compassion.

I’m not sure when I knew I’d write about Mum’s story in The Blue Suitcase, it may have been as soon as I  saw that picture of Hitler on the wall behind the piano, but I knew I would.

But I have a question: Do you think it was right of me to snoop through my mum’s private letters and papers and then write about what I found? Is there anything a writer shouldn’t write about?

Had you been in my shoes, what would you have done?

And to thank you for getting in touch, between now and the 30th of June I’m going to put the names of everyone who leaves a comment on my blog in a hat and pick one out. The lucky winner will receive a free copy of The Blue Suitcase 🙂

14 Responses to would you have a picture of Hitler on your wall?