Move over Gil Grissom and Horatio Cane, Sue Black is in the building!

How glorious was the weather yesterday? And where was I?  At the National Museum of Scotland, in a windowless lecture theatre, listening to a talk on forensic anthropology by a university professor. Was I mad? No. Because Professor Sue Black was worth it! 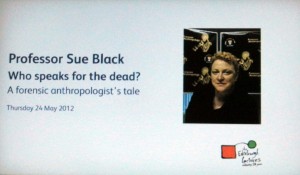 Okay, if you are a CSI, Dexter or Silent Witness fan, look away now. Sue Black says such programmes (and books of the same ilk) are the bane of her life. They depict the work of the forensic anthropologist in a totally unrealistic way (no, forensic scientist do not carry guns) and they make us, the public, very forensically unaware. 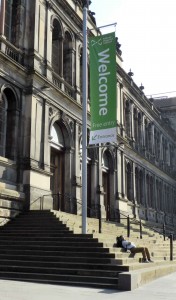 This isn’t a problem unless we are required to do jury service or we are officers of a court. Why? Because our unrealistic expectation of what forensic science is, makes it all the harder for professionals, like Sue Black, to do their job. Such misunderstanding also leads to an awful lot of young people applying to do degree courses in forensic science without actually realising they’ll have to study science!

So what does a forensic anthropologist do? Well, I’ve just counted the pages of notes I took last night. There are ten of them. Yikes! This is way too much for you, dear blog reader, too wade through (especially as I am no way near as entertaining as Sue Black), so here are the highlights. 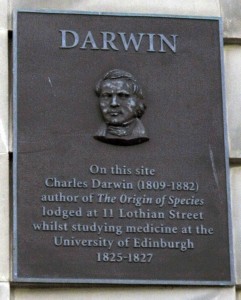 Your name has nothing to do with your identity: there are 301 other James T Kirks in the UK; 12,546 other John Smiths, and 20 Elvis Presleys.

The job of a forensic anthropologist is to speak for the dead and return the identity to a person when he or she can not do it for him or herself.

Only young people, 17 years or younger, have the right to an identity. (The Geneva convention applies only to those who have died in conflict.) 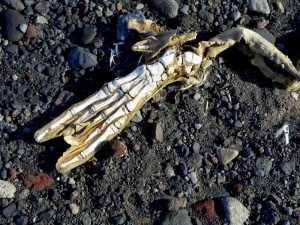 A decomposed seal flipper looks remarkably like a human hand. There are 300 to 350 cases of reported findings of human remains a year, which turn out to be non human.

Two and a half thousand people are reported missing every day.

A quarter of a million people lost their lives in the 2004 Sumatra earthquake. The majority of them were never identified because it was simply too difficult to do. 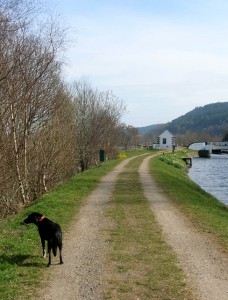 Forty percent of bodies are found by people walking their dogs. Be careful out there!

The job of a forensic anthropologist is to identify a human being, or what remains of a human being, for medical purposes. This includes identifying:
a) asylum seekers and refugees, who have no documentation and the person’s true age needs to be determined – someone older than seventeen receives different help from someone younger.

d) pictures of people used in photos used by paedophiles

In Britain today forensic  anthropologists are preparing for a mass fatality event during the Olympics (they, of course, have all fingers and toes crossed their wont be one)

One out of every six children don’t live with their biological father – and many of the children involved are unaware of the fact.

A cold wash cycle and non biological soap power do not remove DNA!

In hot countries a corpse can turn into a skeleton within a week, making it very difficult to identify.

Interpol says: humans have a right to an identity and to have it returned to them for legal reasons i.e.: for effective prosecutions, to facilitate an estate etc.

Sue Black says: giving back someone their identity is giving dignity and respect to the deceased, and offers closure to the family of the deceased. 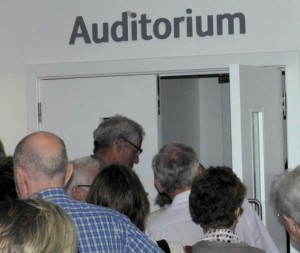 This brief summary has not done Sue Black’s lecture justice by far. She enthralled a packed house of all ages, including my daughter (also choosing to forego the sun!). If you ever get a chance to 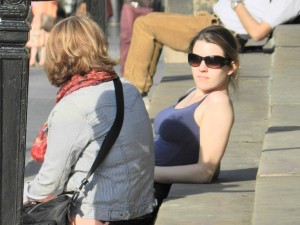 listen to Sue Black, grab it! I was lucky enough to get free tickets from the National Museum of Scotland (one of my favourite places in Edinburgh, even without the fish ponds. I blogged about this wonderful museum only a few months ago). The tickets came via Clicket, with whom I have a sort of a barter arrangement: I blog about an event in exchange for a free ticket or two. That said,  I would have gone to this Edinburgh Lecture event anyway. As a crime writer and as a human being, I found Sue Black’s talk fascinating and very moving.

Oh yes, and I also spied the lovely Sara Sheriden in the audience, crime writer of the new Brighton Bell series of novels (no doubt, like me, enjoying doing a little bit of research).

Last but not least, Prof Sue Black is looking to raise A Million for a Morgue!  It’s a great cause! Why not check it out? 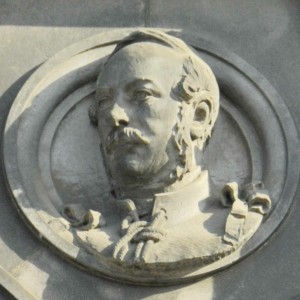 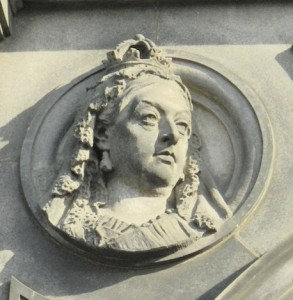 This entry was posted in For everyone, For readers, For writers and tagged Clickit, CSI, Darwin, Forensic Anthropology, Million For A Morgue, NMS, Professor Sue Black, The Edinburgh Lectures, The new National Museum of Scotland. Bookmark the permalink.

12 Responses to Move over Gil Grissom and Horatio Cane, Sue Black is in the building!