the stars, the land, the sea and Leith are conquerable with Uncle Bob 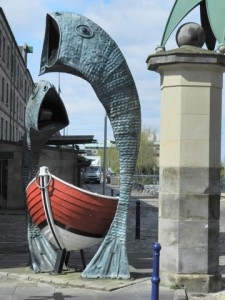 Writers are 10 times more likely to suffer from depression than people in other professions.*Just a few who suffered from the “black dog” are James Ellroy, Agatha Christie, Virginia Woolf, Stephen Fry, Simon Brett, Sylvia Plath, Ernest Hemingway, Marian Keyes, Hans Christian Andersen, Evelyn Waugh, Catherine Cookson, Raymond Chandler, William Faulkner, Walt Whitman, Leo Tolstoy.  And contrary to popular opinion, being depressed doesn’t make for good writing. Author Virginia Ironside said, “(Depression) … is like a lead blanket, that cuts you off from the world and from life itself.” If you develop depression, you need to talk to your doctor. That said, its been generally acknowledged that one thing that can help combat depression, cheesy as it sounds, is to go for walks, regularly. This is what I do. 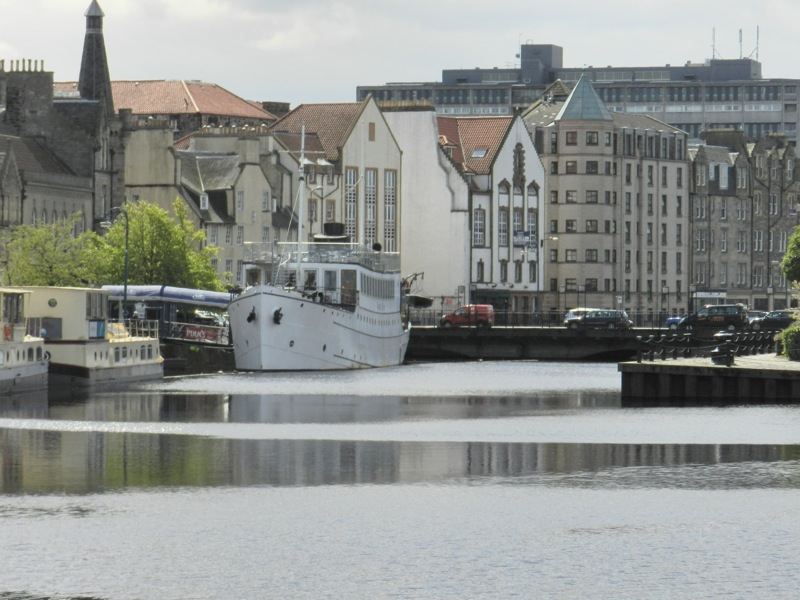 This weekend  I went on a Leith Historical Walking Tour 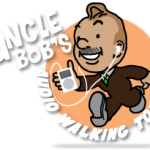 (one of Uncle Bob’s Audio Walking Tours). I don’t normally do “tours” but I decided to try out this one because a) it’s absolutely free and I love a bargain, and b) I’m from Leith and haven’t explored the area for a while, and c) walking stops the writer in me getting depressed. I downloaded the blurb from the website and printed off their pretty good map and started. The audio track is clearly spoken by two Scottish ladies called Jane and Evelyn. 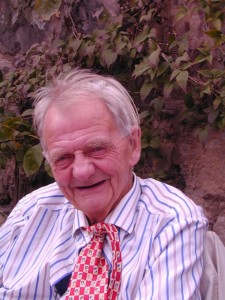 The tour starts and ends with the Queen Victoria Statue at the Foot of Leith Walk and the entrance to the Kirkgate. Not the most salubrious of places to begin any tour as it seems to be a gathering point for drunks, but as he got older my Leither dad used to like to sit there and reminisce. He knew everything there was to know about Leith, and with no disrespect to Jane and Evelyn, he was a darn sight funnier to listen to. So, a good place for me to start. I digress … 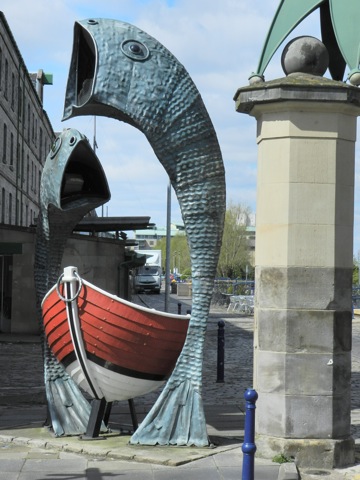 The tour takes a leisurely  two hours and includes 30  historically important buildings in the Port of Leith area, including churches, schools, a hospital, merchants’ houses, a signal tower and a swing bridge. As you amble along you are reminded of Leith’s wonderful industrial and prosperous past, and its great architecture. While the commentary is a tad dry, it is interesting and informative. That said, there are a couple of things I’d have liked to have seen included, so here in the order on the tour … 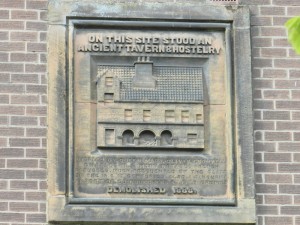 1) I’d have liked to have heard more about the history of Leith Walk and how it became the main road into Edinburgh from Leith even though Easter Road and Bonnington Road were traditionally the main access routes.  Mention of the story of the Leith Botanical Gardens and the Leith Walk Botanical Cottage would have also been good.

2) Trinity House Maritime Museum is on the tour but it should be designated the HIGHLIGHT. It is a unique and fascinating place with a highly eclectic collection of maritime objects and paintings – look out for the painting of the signal tower windmill, the docks, four Raeburns and the painting below, which Dad told me was by Great Granddad Owens! Yeh hey! And the tours around the museum are free – yes, I said FREE! 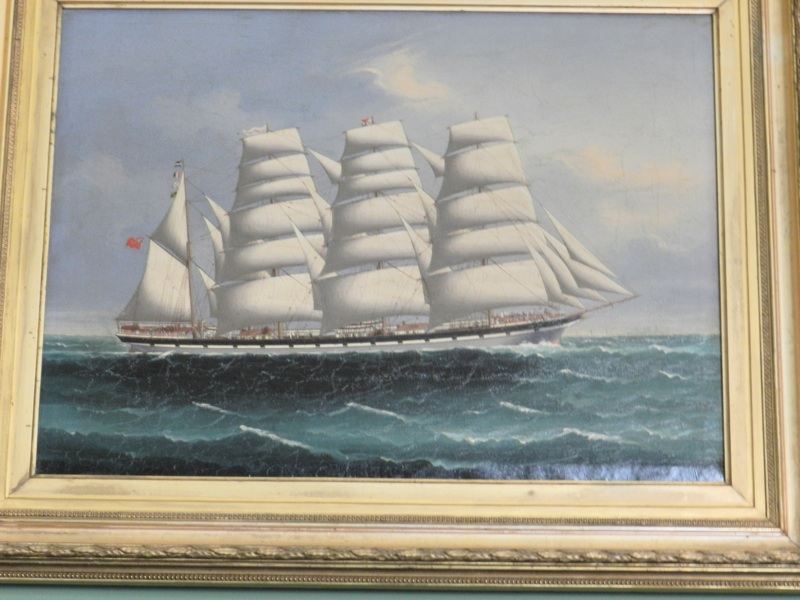 In Trinty House I learned that the first ship to go through the Suez Canal was the SS Danube, a Leith Ship. I saw a model of the Bell Rock Lighthouse (built by the Stevenson family, of Robert Louis Stevenson fame), a William Trotter chair (a must have item by the rich and famous in the olden days), a whale’s eardrum, a narwhale tusk, a penguin’s egg, and, oh yes, the first ever “sprung” toilet seat! 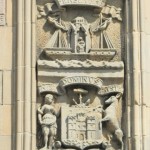 The motto for the Masters Mariners of Trinity House is ‘pervia virtuti sidera terra mare’ which loosely translated means ‘the stars, the land and the sea are conquerable by men of courage or men of virtue.’  Everything was up for grabs, I suppose, in those days. 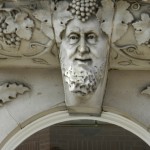 3) South Leith Parish Church is on the tour but it is worth noting it is directly opposite Trinity House and the gates are closed Saturday but open on Sunday at service time at 11am and during the day Monday to Friday. 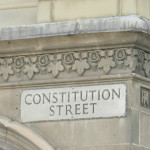 4) St James is privately owned by .J. D. Jenkins (Joiner) and not open to the public. 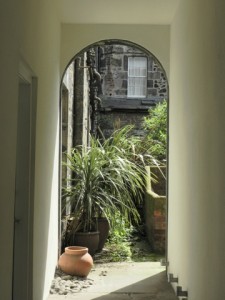 6) Leith Police Station is not open at all the times (in case you should be in need of the police!) and you can’t access the old town hall.

10) The statue of Robert Burn’s often dons a traffic cone as a hat. 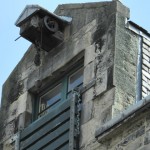 30)More mention of the old Kirkgate would have also been interesting, including when it was all demolished and why etc. 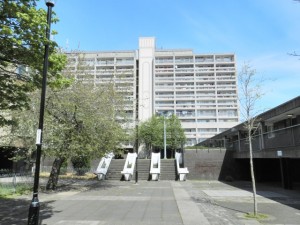 All that said, the tour is full of historic information. My favourite places are Trinity House, the Signal Tower and the cartoon strip/frieze on the Corn Exchange building, Leith Hospital – because that’s where my mother met my father – and my old school, Doctor Bell’s.

Some of the more quirky things I learnt include the difference between a cherub and a putto (While “cherubs” represent the second order of angels, putti are secular, profane and present a non-religious passion. However, in the Baroque period of art, the putto came to represent the omnipresence of God), the first greeting card hailed from Leith and the Leith Hospital was set up to offer treatment for people who had “apparently drowned” – this included giving the “apparently drowned” hot baths and blowing smoke up their rectum! Enough said! 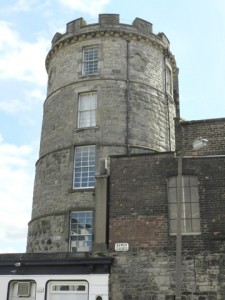 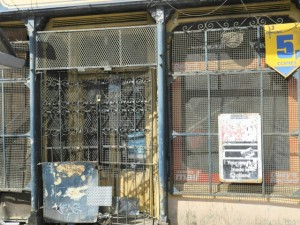 11 Responses to the stars, the land, the sea and Leith are conquerable with Uncle Bob