behind the monkey puzzle and pink viburnum …

I’ve been asked various times this week about where I write. So for those people and anyone else who’s interested,  if you look behind the monkey puzzle tree and the pink viburnum, you should just about be able see where I write. 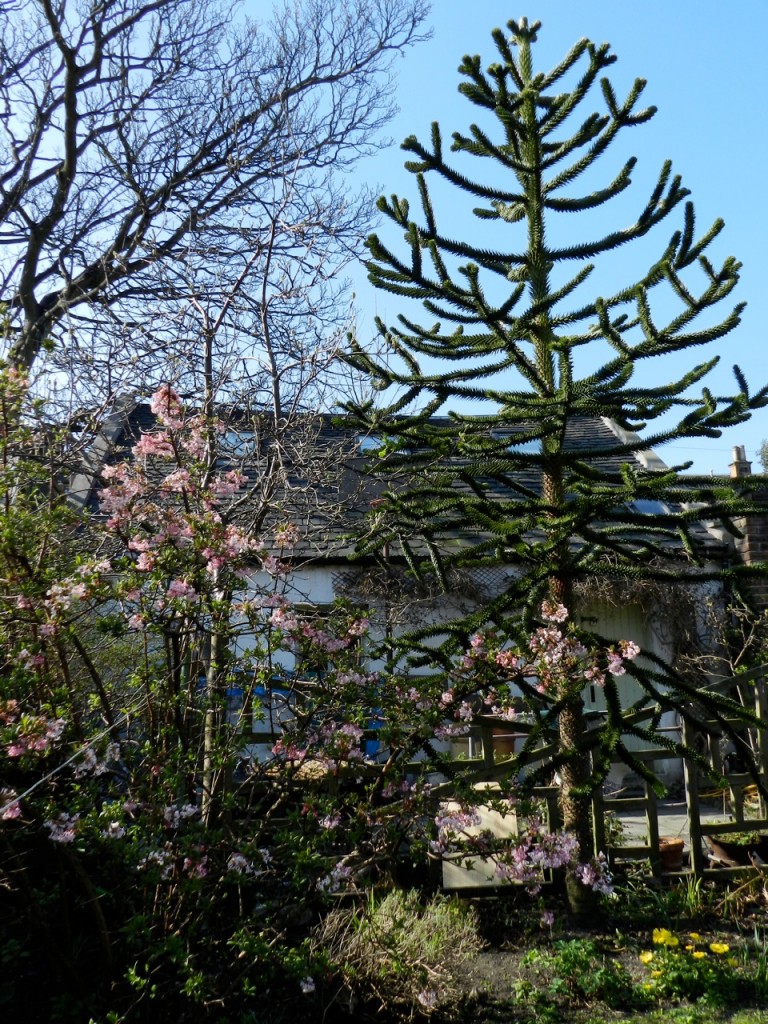 Don’t be fooled by the size of this shed at the bottom of the garden – it looks far grander than it is. In the very olden days it was, apparently, a coach house and stable but today it is a dilapidated garage. I use the floored attic bit at the top. It is very basically furnished with an old kitchen table, chair and a computer – oh yes, and I keep a small radio and cheap music system there.  I have no Internet and no phone. When I am there, writing gets done. However, until recently, this is not where I wrote. For many years I used to write at the kitchen table, in my bedroom, at the living room table, in the park, in the car, at the beach, on the bus, at the swimming baths… , whenever and wherever I could. While it’s great to now have my ‘shed’, I don’t necessarily agree with the author and poet Virginia Woolf, who said in her book A Room of One’s Own,

“that (for a woman to write fiction) she must have two things: a room of her own (with key and lock) and enough money to support herself.”

You see, it’s all very well if you are lucky enough to have a spare room/garage attic/shed/studio to write in, and better still, money to support yourself. However, in the real world most of us don’t. And it doesn’t matter. Having a room of your own isn’t everything. As Epictetus, the Roman slave, famously said,

So, if you want to write, create a space in the clutter of your life and write. Any nook or cranny will do. No excuses! Why? Because writing doesn’t necessarily flow like ticker tape from the subconscious of the mind (if it does for you, however, brilliant!). For most of us, writing is hard work and having a place we can go to (or places), which is separate from the daily routine of our life, and which we associate with writing, can make it easier. It doesn’t always have to be the same place, and it certainly doesn’t have to be grand, and it can be as much metaphorical as physical. Just as the singer Paul Young sang ‘wherever I lay my hat that’s my home‘, wherever you sit and write that’s your ‘room’. 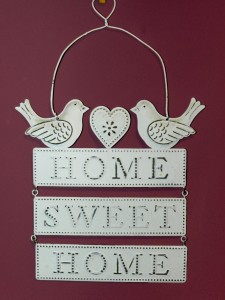 This entry was posted in For everyone and tagged a r, A Room of One's Own, Epictetus, Paul Young, Virginia Woolf, wherever I lay my hat. Bookmark the permalink.