Feeling too fed up with your writing to write?

Today is  Blue Monday, said to be the most depressing day of the year based on this formula

Apparently, the date is calculated using many factors, including the weather, difference between debt accumulated and our ability to pay, time since Christmas, time since failing our new year’s resolutions, low motivational levels and feeling of a need to take action. That said,  the units in the formula are rumoured to  “… fail even to make mathematical sense on their own terms.” 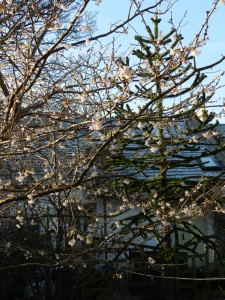 As far as I am concerned the only ‘blue’ thing about today is the sky, which is a glorious winter white-blue. I don’t think a specific date can be labelled “depressing”,  it suggests that we human beings have no say over our destiny, which really would be depressing! After all, even if we do wake up feeling a tad fed up, we don’t have to stay fed up.

Traditionally, writers are people who get depressed a lot. No more so than when we  face the blank page.  In Anita Brookner’s novel, Look At Me, her heroine says of sitting down and writing,

However, the act of writing  is usually more “dreaded” than dreadful. If we can force ourselves to do something about that fed up feeling we get when we feel stumped,  the words will come.

How do we do that? I tend to do one or more of the following:

I go for a walk. It sounds cheesy, but walking is exercise and helps send oxygen to the brain, which is always good for getting fresh ideas. Oh, and exercise also creates those pesky endorphins which help make us feel better about ourselves, and can put us in a positive frame of mind for writing.

I tinker with a piece of writing that I feel good about and which I believe to be almost complete.  I do that until I feel confident enough to carry on with something new (yes, it’s massaging my ego, but sometimes it works  …).

I write in my journal. No one gets to see the scribbles in my journal so I can write without fear of censorship. I usually write very boring mundane everyday things. This act of freely writing usually makes me less inhibited and kicks start the creative juices.

I pick up a creative writing text book and read how other writers deal with their writer’s block and this inspires me to keep going.

Do you ever feel too fed up to write?  If so, what do you do to give your confidence a boost and get the words flowing again?

This entry was posted in For everyone and tagged Anita Brookner, Blue Monday, Savidge Reads, Writer's Block. Bookmark the permalink.